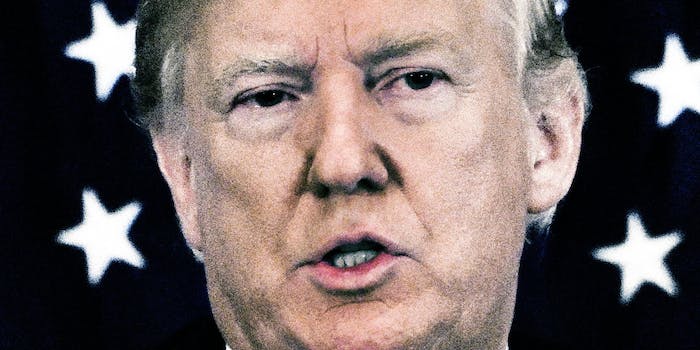 The pain of having the validity of your existence attacked cannot be understated.

Trans Lifeline, a crisis hotline for transgender people staffed by transgender people, has reported that calls to its suicide hotline have quadrupled since it was revealed that the Trump administration is working to legally erase transgender identities.

The policies proposed by the administration would permanently tie a person’s gender to their birth genitalia and would make it so laws about sex discrimination do not protect transgender people. This would make all kinds of anti-transgender discrimination—including in schools, housing, and employment—completely legal.

The pain of having not just your rights, but the very validity of your existence, attacked cannot be understated. “At Trans Lifeline, we are able see in real time that policy debates don’t take place in a vacuum—they have direct and immediate impacts on real lives,” Sam Ames, the executive director of Trans Lifeline, told Teen Vogue. While the total number of calls has more than quadrupled, new callers have also doubled, Ames noted.

Besides a direct impact on the mental health of those affected, such policy discussions also have an effect on how society in general views the people targetted. This can be seen in the 80 percent rise in anti-LGBTQ violence in 2017, a year that was full of “debates” about trans people having equal access to bathrooms as their cisgender counterparts. Even those who may not be immediately impacted by the news may later be impacted by people who are emboldened harassing or hurting them or their trans friends and family.

Ames also told Teen Vogue they noticed an increase in calls from Massachusetts, which will have a referendum on transgender rights on the ballots on Nov. 6. “Moments like this are exactly why Trans Lifeline exists,” Ames said.