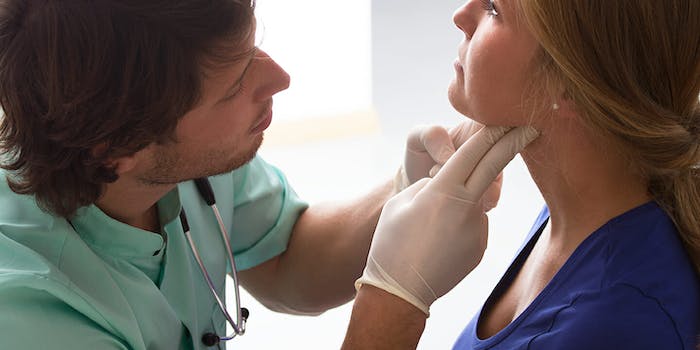 Trans healthcare is awful—and Trump could make it even worse

The Trump administration is about to make it OK for doctors to discriminate against trans people.

My worst healthcare experience took place in 2016. I was 22, set to graduate college, and recently began hormone replacement therapy. At first, I thought I was walking into my college’s health center for routine blood work for my sublingual estrogen medication, which replaces testosterone as my body’s dominant hormone and feminizes my physical features.

But days later, I got a call from my doctor warning me that my estrogen count was way too high. She was bumping down my life-saving medication until I had a second blood test to figure out if the initial report was a lab error.

My second test came back signaling an incredibly low estrogen dosage. My doctors thought these results were, yet again, a lab error. So by my third blood test, the doctors threw up their hands and decided to lower my dosage anyway, just to make sure I didn’t die from a blood clot.

The real culprit? My doctors didn’t think to ask me if, before my first blood test, I took the very pill they’d prescribed—meaning the reading was shockingly high because I had correctly followed their instructions. You could say my doctors weren’t used to treating trans patients, even though my doctors were supposed to specialize in trans care.

I left frustrated, stressed out, and stuck with three separate bruises on my arm from each blood test. I switched healthcare providers to the next cheapest option, which was over an hour away in New York City.

And that’s trans healthcare in a nutshell. Even when it’s done right, it’s still awful.

Of course, if the Trump administration has its way, it may become even harder for trans people to get subpar care. In fact, in some parts of the U.S., we may not receive medical treatment at all.

Last week it was uncovered that the Trump White House is planning to roll back protections issued by the Obama administration that further expanded on the Affordable Care Act. The ACA explicitly prohibits discrimination based on sex and disability for “any health program or activity” that receives federal aid from the government, and Obama’s Department of Health and Human Services further defined sex discrimination as pertaining to gender identity.

That means any federally funded program, from insurance companies to Medicare and Medicaid, isn’t allowed to discriminate against transgender people in the U.S. if they receive financial aid from the U.S. government. But the Trump administration is set to strike down those policies after a federal judge ruled the Obama guidelines did not provide protections under the Religious Freedom Restoration Act.

If that policy is rescinded, Trump would give doctors a green light to discriminate in their offices, even if said person requires emergency medical care.

For anyone thinking they should discriminate against trans people in healthcare let me help you. Ask yourself 1. Does this person need healthcare? 2. Am I a doctor? If you answered yes to both THEN FUCKING TREAT THEM

For trans people, going to any health provider is always a risk. Should I disclose that I am trans? How can I avoid it? Will I be kicked out once they realize? Once they see my body? 5/x

This is the case when seeking health care related to gender transition like hormones, surgery, and therapy but also when seeking other health and dental care. The eye doctor, the dentist, the GI doctor. We are ridiculed, dismissed and shamed. 6/x

As my personal experience shows, the current state of trans care is already pretty terrible because many practices are still learning how to treat trans people. Even some of the best resources for trans healthcare are still grappling with how best to treat us.

In New York, my healthcare clinic is the only primary care center designed for LGBTQ people in the entire city, and while its care providers are tremendously helpful and incredibly knowledgeable, scheduling anything is a nightmare. Pharmacy prescriptions go unfulfilled without constant callbacks, appointments are suddenly canceled only to be uncanceled, and enormous lines for picking up medication can make a visit to the doctor’s turn into an afternoon-long affair.

That’s not to say my doctor’s office is lazy. In a progressive city like New York, trans healthcare is overwhelmed with patients from the entire tri-state area because many private practices have no idea how to manage their trans patients’ hormone replacement therapy. The Atlantic reports 80 percent of gynecologists and 81 percent of endocrinologists have no training in trans care, and a report from Fenway Health warns that a median of five hours for training on LGBTQ issues is provided at U.S. and Canadian medical schools. This means the few locations that handle trans care well may be overcrowded and understaffed, especially in areas like South Carolina, where a single Planned Parenthood is “almost like musical chairs with more people than seats,” as one non-binary transgender person told Vice.

If you think this decision is exclusive to trans health care, you're wrong. Allowing this rule precedent to stand will eventually target anyone capable of getting pregnant. Let's do a deeper dive.https://t.co/qVDKlN7ciJ

Getting rid of these good regulations and replacing them with bad ones is part of the Trump/Pence/Sessions agenda to criminalize trans bodies and reproductive health care. 4/x

If you are a doctor and your religion prevents you from treating someone because they are trans, get a new career or better yet, a new religion.

But at least, for now, trans people have the opportunity to build those healthcare systems we need in order to access HRT and primary care. If the White House rolls back protections for transgender Americans, then thousands across the U.S. will lose support to medically transition or receive emergency care or even get their teeth cleaned. Discriminatory doctors and health insurance companies will force transgender people to stay at home and avoid treatment, even when they need it most.

From the Bay Area to the Bible Belt, where LGBTQ healthcare centers are few and far-between, trans people will suffer, all because a few old white men have decided that respecting transgender people is a religious issue. It’s not, but that won’t stop the Trump administration from taking away our right to exist.