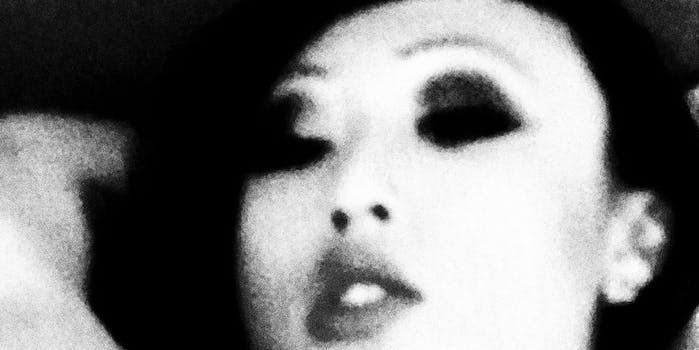 Embodying unity in this forever growing community is what progresses us as a whole. Our role within this industry as performers is to provide entertainment, positivity, and education to break typecasts and stigmas in which we require effort from all facets of adult entertainment industry.

Lux is a transgender woman, and one of porn’s most popular rising stars across all genders. She runs her own production company—still a rarity in a male-dominated industry where massive studios rule—and published a book (Venus Lux Diaries) based on a column she wrote for the Adult Industry Press. In October, Lux created TransGlobal Magazine, which is dedicated to transgender news apart from the adult industry.

Lux has also been recognized by her peers, recently sweeping the Transsexual Performer of the Year award categories at porn’s two other major ceremonies; she won the trophy at AVN in 2015 and 2016, and at XBIZ in 2014 and 2015. But at the XRCO Awards, it’s as if the entire trans market does not exist.

Winning Avn Perforner of the year 2x in a row :) #honored #accomplished

“The more trans performers there are at the awards shows, the more dialogue we can have to educate people on our market and even on what a transsexual is,” Lux says.

“Getting an award onstage is still an issue. Typically most of the awards for plus-size girls are off stage, done before or after the show,” Lane told the Daily Dot.

“I didn’t even get to take a photo with the trophy in my dress,” Lane told the Daily Dot. “I understand about the stage time and everything, that you have to put some time into it before they let you walk and give a speech. But I didn’t even get to see my trophy.”

Lane had been nominated for roughly 20 awards across a variety of shows during her 11-year career, but this year’s AVN title was the first time she’d actually won. It’s only the third year that BBWs have been included—Lane’s close friend April Flores won the first two years.

“The more awards you have, the more opportunities,” said Lane. “For my fellow models, I’ve seen a big difference after they win.”

Flores echoed the sentiment while applauding AVN for being “progressive” enough to expand its awards categories.

“It’s a wonderful feeling to have your hard work and dedication acknowledged by an industry and people you respect,” Flores told the Daily Dot.

Lane said she’s already seen the impact of the plus-size movement in one surprising way: More and more of her fans are women.

“If certain companies and/or award shows retain an antiquated mindset, it will only reflect poorly on them,” said Flores. “You cannot successfully maintain an analog attitude in a digital world.”