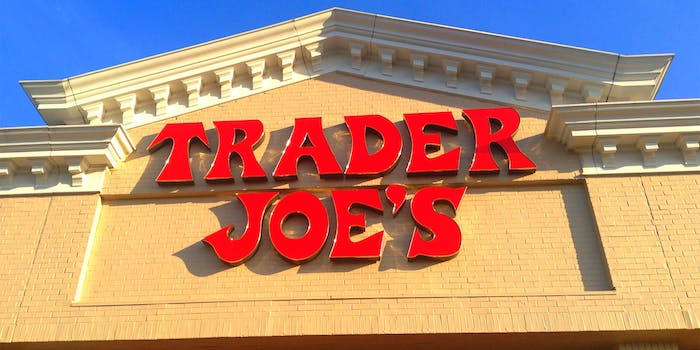 'The Trader Joe’s branding is racist because it exoticizes other cultures.'

A petition to call for the removal of racist packaging from Trader Joe’s products is about to reach its goal of 2,500 signatures.

The change.org petition points out that Trader Joe’s changes its name on ethnic foods. For example, taco shells have a label reading “Trader José.” The California high school senior behind the petition, Briones Bedell, wrote that changing the names to reflect ethnic foods exoticizes other cultures.

“The Trader Joe’s branding is racist because it exoticizes other cultures––it presents ‘Joe’ as the default ‘normal’ and the other characters falling outside of it––they are ‘Arabian Joe,’ ‘Trader José,’ and ‘Trader Joe San.’

Right now, the petition has about 2,400 signatures––just 100 signatures away from its goal. Commenters have voiced their support, saying they hope the petition will end the “otherizing” of foods and cultures.

Since the petition’s publication about two weeks ago, Trader Joe’s has released a public statement saying that it’s already in the process of rebranding the products.

“While this approach to product naming may have been rooted in a lighthearted attempt at inclusiveness, we recognize that it may now have the opposite effect—one that is contrary to the welcoming, rewarding customer experience we strive to create every day,” a Trader Joe’s spokesperson told CNN Business.

More and more companies are changing their logos, names, and other promotional material as part of a national movement to get rid of racist symbols. The worldwide Black Lives Matter protests in the wake of George Floyd’s death prompted these discussions of rebranding.