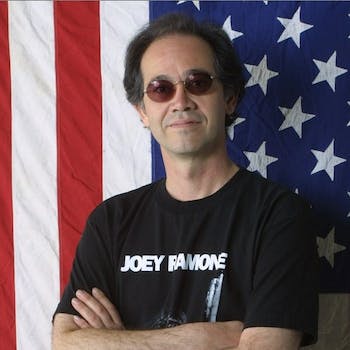 Part of Carreon's case hinges on The Oatmeal's supposed pterodactyl alter ego, and that's not even the best part.

Lawyers have a knack for sucking the fun out of everything from horseshoes to hand grenades, but that doesn’t mean they can’t be funny.

Case in point: the recent spat between Internet rights attorney Charles Carreon and The Oatmeal creator Matthew Inman, a dust-up we’ve covered at length that’s turned out to be one of the more bizarre high-profile lawsuits in recent memory.

As it stands, Carreon, the acting attorney for online humor aggregator and alleged joke thieves FunnyJunk, is personally suing Inman, the crowdfunding platform Indiegogo, and two national charities—the National Wildlife Federation and the American Society—and demanding that the money Inman has raised for the charities go entirely to those organizations, and not at all to Inman or Indiegogo.

Carreon’s lawsuit carries one other primary demand—”an award of actual damages suffered by Plaintiff” (Carreon) for the abuse he’s taken from The Oatmeal’s fans—but to be honest, this case is more cracked than an eggshell on Easter Sunday.

The notion of an attorney filing a lawsuit against two nationally recognized charities? It’s almost too good for The Onion, even. A lawsuit this good is guaranteed to have some quirky claims within.

The Daily Dot leafed through the 22-page document and found the five most egregious statements in the case of Charles Carreon vs. Matthew Inman, Indiegogo, the National Wildlife Federation, the American Cancer Society, Does 1-100, and just about everybody else who’s ever crossed Charles Carreon or given him a hard time.

1) He seeks to provide background information on Inman by referencing The Oatmeal’s fascination with Pterodactyls:

“Inman has announced his vindictive response to his real and imagined enemies by posting, within the source code of all of the webpages on his main website, www.theoatmeal.com, the following image and text, depicting himself as a pterodactyl that will ‘ptero-you a new asshole.’ A screen capture of the core of the source code appears as follows:”

2) He hammers home the pterodactyl alter-ego by referencing “The Motherfucking Pterodactyl,” a music video Inman made with Sarah Donner, in fascinating detail.

“Following the link to http://pterodactyl.me leads the Internet user to a page on TheOatmeal.com where a video… depicts Inman, in his character as a carnivorous, prehistoric flying reptile that first rips the intestines out of a man’s anus, then flogs him with his entrails, then steals a pineapple from a boy, tears his head off, flings it [at] a girl and knocks her head off, then grinds up the girl’s head in a wood-chipper, blends it with the pineapple, and drinks the grisly cocktail.”

3) He calls Inman’s initial retaliation and his experience with The Oatmeal’s fan base a “jihad.”

“In order to initiate an Internet jihad against Plaintiff and FJ, Inman unloaded the contents of his ‘Hitler’s porta-potty’ on Plaintiff and FJ, drawing a misogynistic cartoon depicting an obese female dressed in her underwear, with pendulous breast popping out of her brassiere, an enormous posterior distended by an overstretched thong, rouged cheeks, and a crudely-lipsticked mouth, calling out to an apparently disinterested brown bear half her size, “COME HURR AND LOVE MEEE!”

4) He donated to the campaign!

Carreon admitted to giving money to Inman’s BearLove Good. Cancer Bad. campaign, writing that he “made his contribution with the intent to benefit the purposes of the NWF and the ACS.”

You have to wonder how much he gave, right? Just a dollar? Charles, this is charity! Give a little bit!

5) He wants you to know that he’s a mild-mannered man on Twitter.

In reference to parody account @Charles_Carreon, allegedly started by Inman to poke fun at Carreon, the attorney wrote that he “makes it a practice to engage in tempered speech even on matters of heated debate, and does not sling insults like ‘dumbs’ and ‘idiot’ at followers.

To review: Charles Carreon, nice guy, mild-mannered and potentially charitable. He’s a little transfixed on the pterodactyl thing, but that could just as easily be construed as meticulous and thorough.

We’ve got to dock points for equating a few crude @replies on Twitter to an Islamic holy war, but nobody’s perfect.

Charles Carreon, you do you, homeboy. Just don’t let anybody on the Internet ruffle your feathers like this again. It’s simply not worth the fuss.