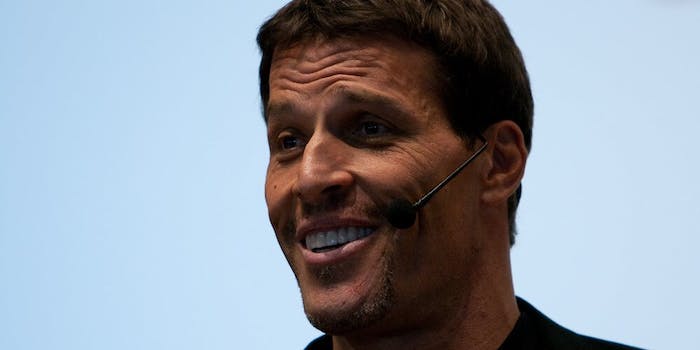 Tony Robbins reportedly sexually assaulted a minor at a summer camp in California in 1985, according to a BuzzFeed News investigation.

Robbins, a renowned self-help guru, was a speaker at an elite California camp in 1985. Attendees of the camp said they caught him pinning down a teenage girl and forcing himself on her, BuzzFeed reported in its six-part investigation on Friday.

Robbins, who sits on a host of accusations of racism and abuse of his staff members, has denied claims of abusing a minor.

He has also been caught on video using the N-word and accused by his female staffers of making sexual advances despite them explicitly showing no interest in him romantically.

The latest allegation is the first time he’s been accused of sexual assault of a minor and the first time there were eyewitnesses. The survivor, who BuzzFeed did not identify due to privacy concerns, was under the age of 18 at the time of the assault.

The survivor, referred to as Elle in the report, said Robbins asked to take a walk with her after their last session at SuperCamp was complete, and once they reached a clearing, he forcefully fondled her breasts and kissed her.

Nine other members from the camp—including attendees and staff members—said they remember being told about this assault either from the survivor or directly from Robbins. More than 30 people from the camp that summer have said they heard of such an account secondhand. BuzzFeed also published a diary entry by a camper from the time who wrote in her journal about Robbins “molesting a girl.”

On Friday, Robbins said he’s suing BuzzFeed News for the media organization’s “premeditated and malicious campaign against me and my life’s work.”

“Far from the watchdogs they once were, too many members of today’s tabloid and entertainment media ignore traditional journalistic ethics, values and standards,” he wrote in the Medium post.