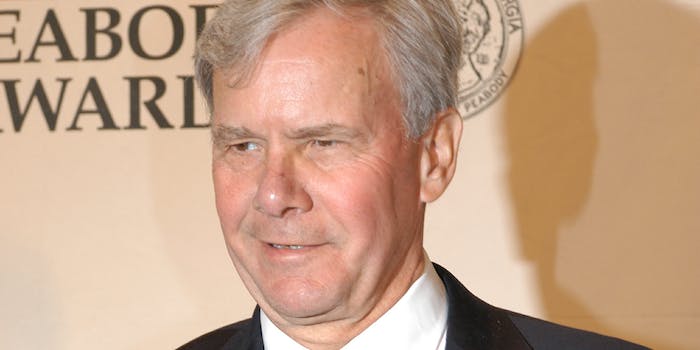 She decided to come out after hearing other women speak.

Mere days after dozens of women in journalism came out in support of Tom Brokaw amid sexual misconduct accusations, journalist Mary Reinholz has come out alleging Brokaw kissed her without consent during the 1960s.

In an essay for The Villager, Reinholz writes that she was working for the Los Angeles Free Press when Brokaw helped her with a professional favor for a story. Afterward, the two decided to meet at a cottage on a weekend afternoon to talk. But while sitting with Brokaw, she says he suddenly kissed her.

“We talked and then, abruptly, he was embracing me and giving me a French kiss,” Reinholz alleges in her essay. “I pulled away, reminding him that he was married and a tryst was out of the question. He said, ‘Yes, it would be unfair to Meredith,’ meaning his wife.”

Reinzholm went on to state that she didn’t necessarily plan to come out, but after Brokaw made “disparaging remarks” against NBC News correspondent Linda Vester, who previously came out alleging sexual misconduct by Brokaw, she decided to share her own story.

“Why would the two women lie?” Reinholz argues in the essay. “Money does not appear to be Vester’s motivation. She reportedly has said she doesn’t want to file a lawsuit and only wants to shed light on the sexist work culture at NBC News. I believe her story is credible.”