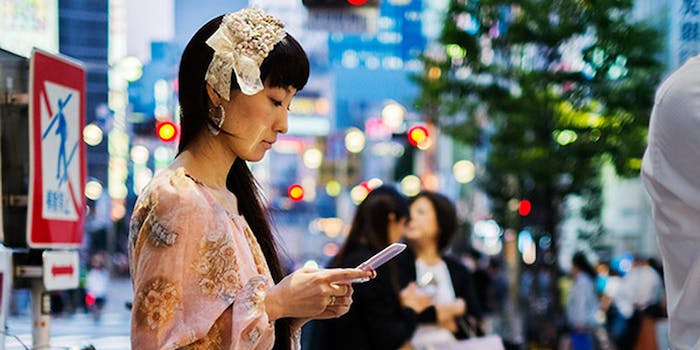 Tokyo Faces brings current trends and classic playfulness together in one thorough archive.

Have you ever wanted to ask someone walking by where they bought their shirt or shoes? Maybe they’ve tweaked a current trend or modernized a classic pattern, but whatever it is, something about their street style caught your eye.

Swedish freelance journalist and photographer Said Karlsson felt this way when he first arrived in Tokyo. He was so amazed by the style he saw on the streets of the city that he decided he needed a legitimate reason to snap photos of people and ask about what they were wearing. That reason became the blog Tokyo Faces. 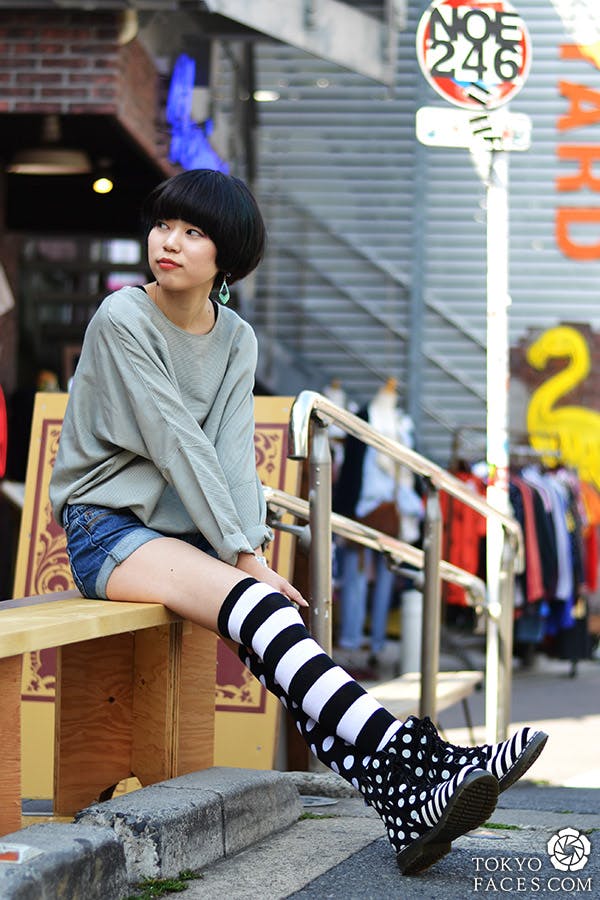 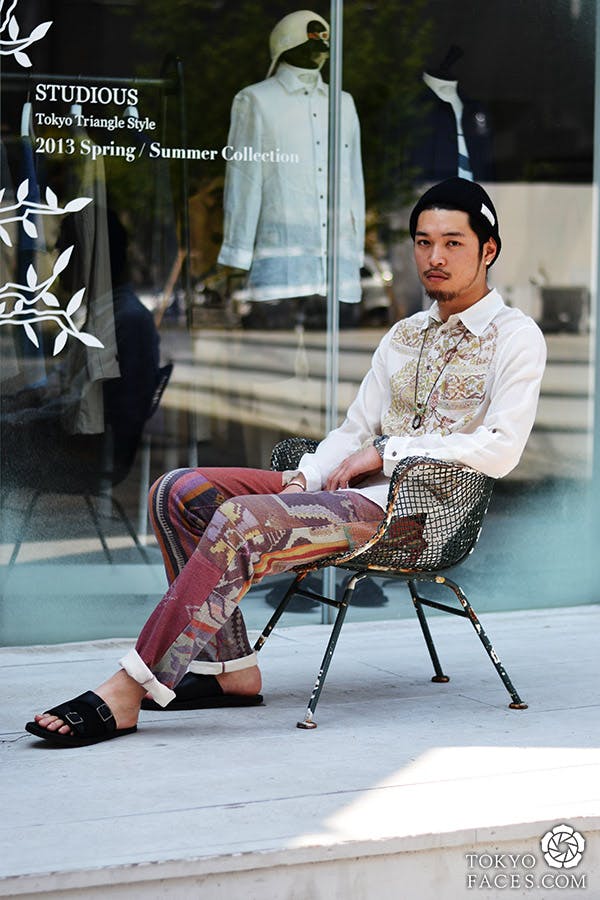 On the blog, Karlsson and friend and fellow photographer Lola Rose post photos of everyday Japanese people they see on the streets of the city and share their style. On the Tokyo Faces Facebook page, the bloggers explain their process to fans: “We not only pick out people with style and elegance, most importantly people who have an aura and charisma about them. We strongly believe Fashion only looks best when there is a life inside. Without it, you’re nobody and it is just piece of fabric. We pick out people with Style—all who have it share one thing: originality with touch of sophistication.” 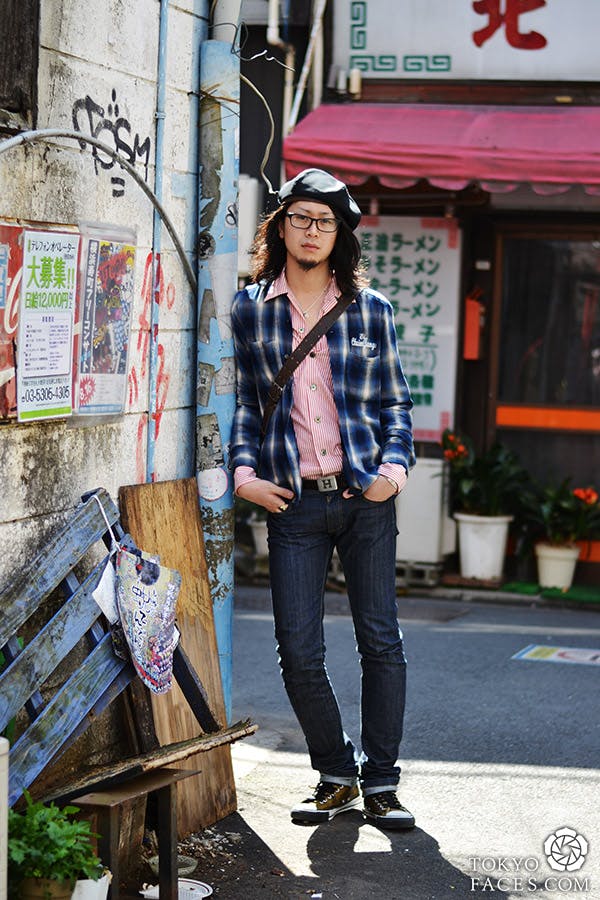 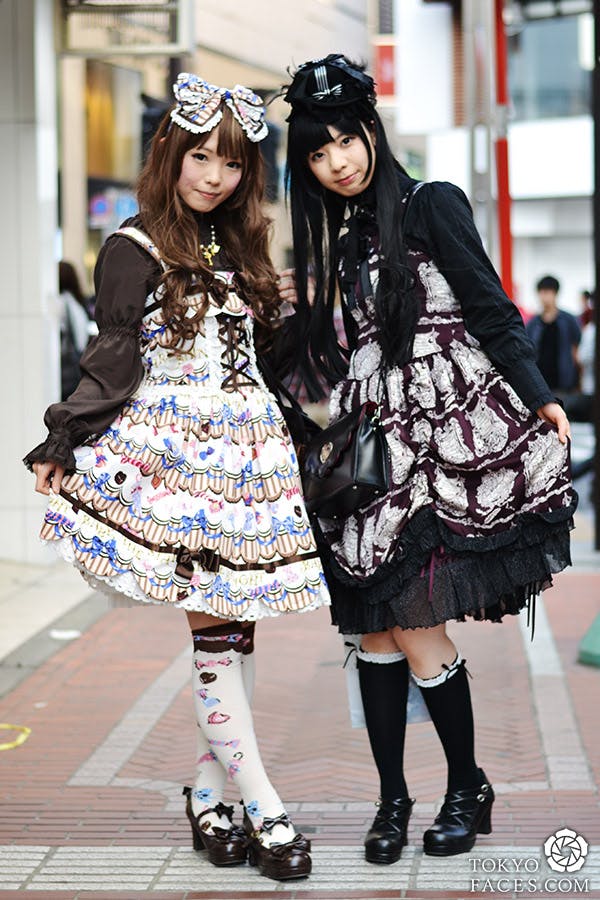 Underneath each set of photos posted on Tokyo Faces, Karlsson shares the name of the individual and a list of where they bought the pieces that make up their outfits, from their hats to their shoes and all the accessories in between.

“To me the blog is as much about the people as it is about what they’re wearing. It has never been my intention to judge people and to say that he or she is dressed ‘better’ than everyone else,” Karlsson told the Daily Dot. And almost everyone approached by Karlsson and Rose is happy to be photographed and flattered by the attention. Karlsson said only about 1 percent are too shy and say no to being featured. 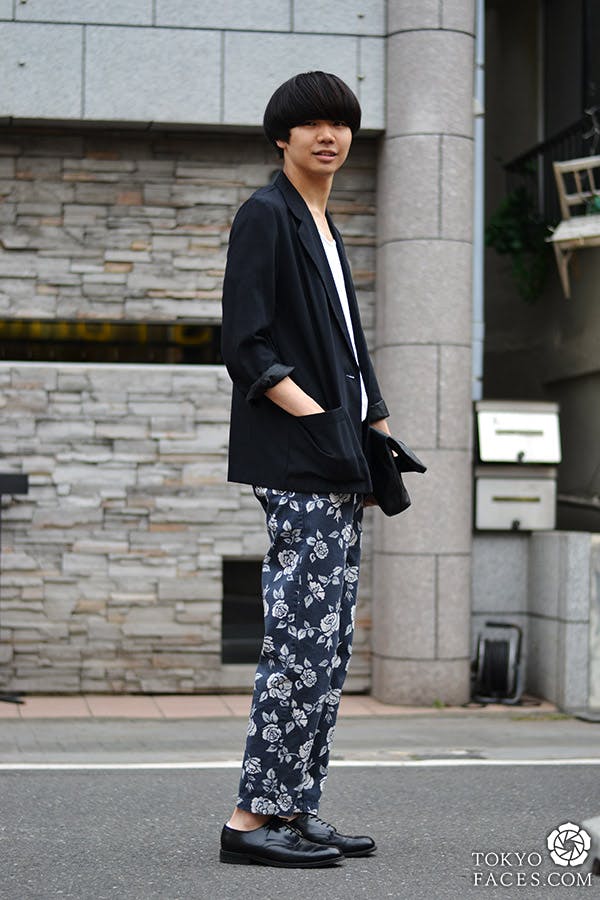 Browsing through more than a hundred pages of photos, you can get a sense of the wide range of fashion trends in Tokyo over the years. No two outfits featured are the same, and the brands of the items worn vary from names that will be familiar to Americans—like H&M—to Japanese labels like Sacai.

But one thing has remained a consistent throughline in the images over the years: There’s an amazing sense of playfulness in the city’s style. For example, many of the outfits featured are based on dark tones with color splashed into the mix in creative ways. As Karlsson explains, this playfulness of their fashion is a reflection of the Japanese people’s general mindset. 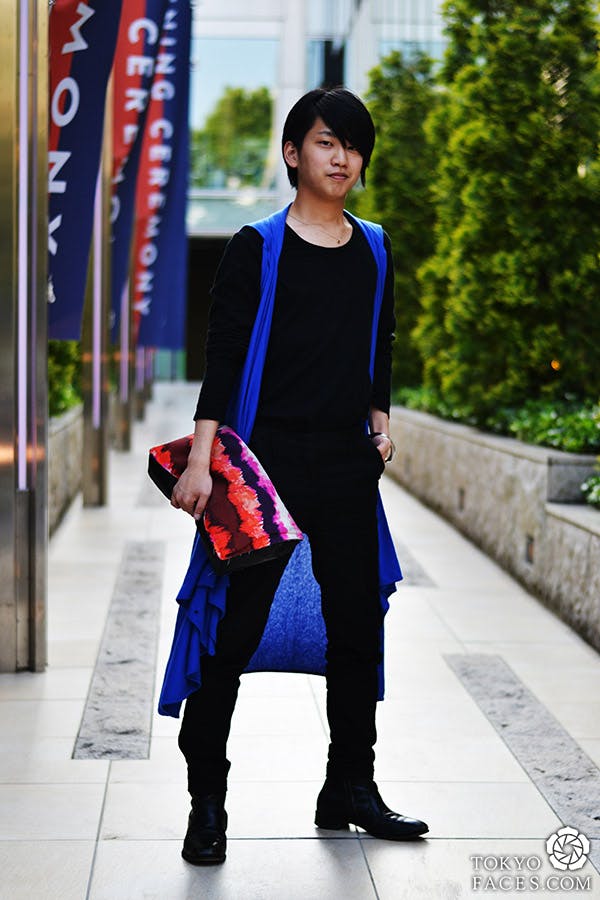 “Japanese employees are quite locked into strict dress codes at most workplaces. I think this makes them more eager to express themselves and experiment when they’re not working. In my home country [Sweden], most people tend to dress pretty much the same no matter if they’re at work or not,” Karlsson said. 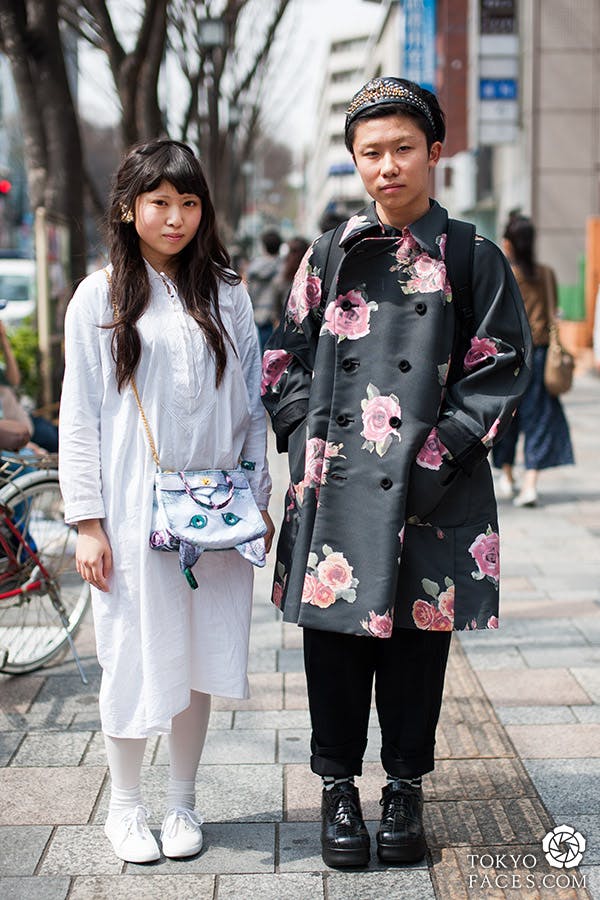 By cataloguing Tokyo fashion for years, Karlsson has been able to document and witness Japanese fashion trends, like reusing design elements from traditional Japanese clothes. According to Karlsson, that never seems to go out of fashion.

As for more current trends, Karlsson pointed out two current styles he’s seen on the streets of Tokyo recently: cats and tattoo tights. 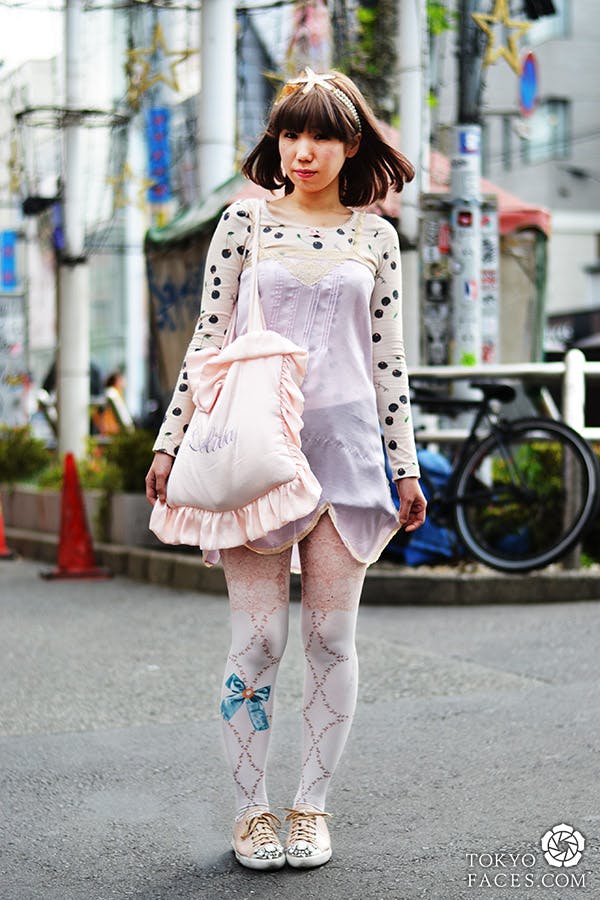 “Tattoo tights are very popular among younger girls. Probably because few people dare to get real tattoos due to the social stigma here—tattoos are associated with organized crime, [the yakuza],” Karlsson said. “Cats are also crazy popular right now. Cats on bags, cats on shoes, cats on shirts and even cat ears on some girls’ heads!” 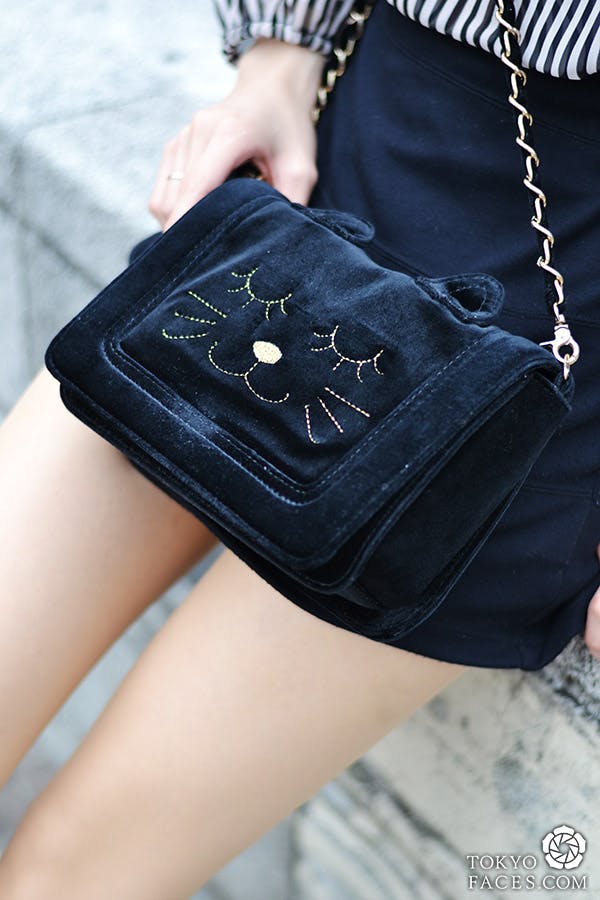 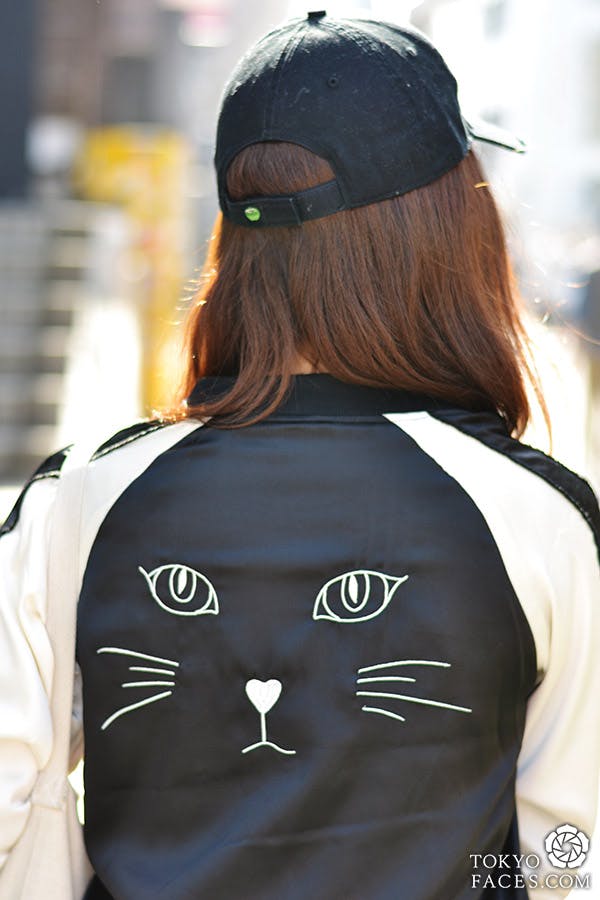 Tokyo Faces has built up a dedicated fashion fanbase on Facebook and Twitter, and the blog’s photos have been republished on major fashion websites like Vogue UK and Harper’s Bazaar, giving thousands of people outside Tokyo a unique look at the everyday style of one of the world’s largest cities.

Karlsson intends to continue recording these styles on Tokyo Faces and carrying his camera wherever he goes for the foreseeable future. So when the next hot style walks around the corner, he’ll be ready to capture it for the world to see.