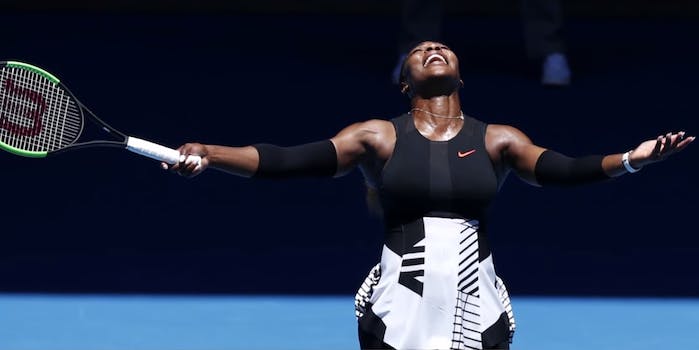 Black women had to work from January 2016 until today to make what men made last year.

Today is Black Women’s Equal Pay Day, a day for the country to reflect on—and hopefully do something to combat—the significant wage gap that exists for black women in the workforce.

For every dollar that a man makes, black women bring home only 63 cents. This is compared to the almost 80 cents the average white woman makes to her male coworkers’ dollar. In other words, black women would have needed to work through the entirety of 2016 and all of 2017 until today, July 31, to make the same amount that their male coworkers made in 2016. That is an additional seven months of labor for the same pay.

Serena Williams, regarded by some as the greatest female tennis player of all time, wrote an essay for Fortune shining a light on the pay gap that hits black women harder than any other group.

“Today isn’t about me. It’s about the other 24 million black women in America. If I never picked up a tennis racket, I would be one of them; that is never lost on me. The cycles of poverty, discrimination, and sexism are much, much harder to break than the record for Grand Slam titles.”

Her eloquent essay implores people to first acknowledge the problem, then stand up for equal pay across all specialties and fields, refusing to take no for an answer. Last year, Black Women’s Equal Pay Day fell on Aug. 24, but just because the gap has closed marginally doesn’t mean that the fight for equality is even close to over.

People on Twitter have taken up the conversation, with many doing what they can to bring attention to wage gap—like involving employers, the people who can make an immediate difference.

“The first step in making a change is recognition,” Williams says in her essay. “We need to push this issue to the front of conversations so that employers across the U.S. can truly understand that all male and female employees must be compensated equally. Not close. Not almost the same. Equally.”