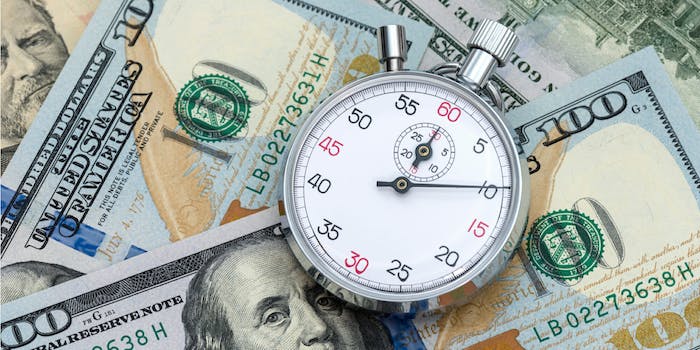 Time’s Up is the most successful GoFundMe of all time

Its Legal Defense Fund raised $22 million in just one year.

The GoFundMe page for the Time’s Up movement, an initiative to end workplace harassment and address gender equality for women, has raised the largest amount of funds in the history of the crowdfunding platform.

The Time’s Up Legal Defense Fund has raised $22 million since it was launched in December 2017 on GoFundMe, becoming the highest-funded single project. More than 20,000 people have donated to the cause.

The second largest amount raised by the platform is only a half of this—some $11 million raised for victims of the Las Vegas mass shooting in October 2017, according to BuzzFeed News. The largest amount for a single cause, nearly $30 million, was raised for the California fires, but the amount was peppered across different projects.

Since its founding in 2010, GoFundMe has raised more than $5 billion so far with a community of more than 50 million donors.

The Time’s Up movement was officially announced on Jan. 1 with an open letter in the New York Times. It garnered signatures of support from more than 300 women across the film, theater, and television industry.

“The sexual discrimination, harassment, and assault that has been reported and come to light over the last two months have been equal parts terrifying and illuminating,” the GoFundMe page read, referring to the #MeToo movement that was sparked by allegations of widespread sexual abuse against Hollywood mogul Harvey Weinstein and other famous men. “We stand with all those who have endured sexual harassment: those who have come forward and those who have decided to remain quiet. It’s time for change, and we must act now.”

“Throughout the year, we saw people respond to the news and come together to stand up for women’s rights and fight sexual harassment and violence against women,” GoFundMe CEO Rob Solomon said in a statement, according to BuzzFeed News. “From friends supporting each other in local communities to women on the national stage, such as Dr. Ford, we saw people engage, find community, and turn compassion into action.”

It’s apt that a movement that began 2018 with a bold statement in the paper of record is ending with a well-supported bang.

Correction: An earlier version included the wrong year GoFundMe was launched. We regret the error.