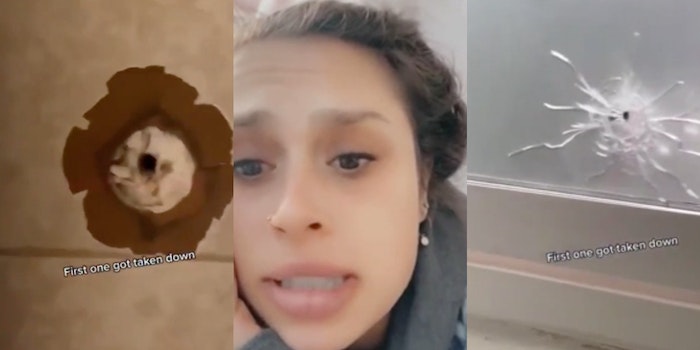 She blamed the incident on neighbors dealing with 'really bad people.'

A viral TikTok video shows a woman explaining how a stray bullet apparently went through her house, right above her roommate’s bed.