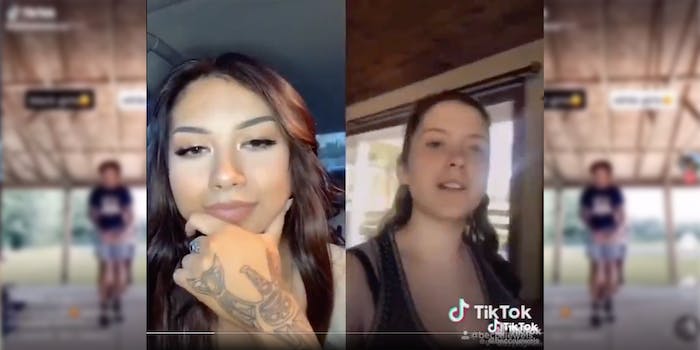 Now nobody wants them.

In a recent opinion piece for the New York Times, Megan Thee Stallion said that despite the way many embraced messages about racial justice this year, Black women are still disrespected in many areas of life and that they deserve to be protected.

Now, women on TikTok are standing in solidarity with their Black sisters after a video showed men declaring their preference for white women over Black women.

The video blew up—with criticism. “On behalf of the Black girls, we will voluntarily pass you to the white girls, and it’s up to them if they want to keep you or not,” said TikTok user @unhinged.gay.scorpio, aka 17-year-old Linda. A white user said, “if they don’t like the Black queens, something’s wrong with them.”

After the men were rejected by the “Black girls” of TikTok, other women of various ethnicities did the same by dueting the video, ultimately creating a chain of rejections. In a recent take, a Native American woman couldn’t pass up on the men fast enough.

Mikki Kendall, a Black intersectional feminist author, tweeted the TikTok and wrote, “The fact that they are still being declined is sending me…”

The original video stems from a trend where a line of people move forward and dance left or right depending on their preferred option. In this case, the options were Black or white women, and the men all danced excitedly towards the white women.

Other men have parodied the video and said they don’t discriminate.

The original video also sparked a longstanding conversation about racism and discrimination within dating preferences. In response to the video, one Twitter user tweeted a 2015 meme of a white woman who wrote, “sorry black men, only white men can handle this.”’

In other replies to Kendall’s tweet, some women pointed out the disrespect Black women face from men within their community.

“There is something truly sick and twisted about the way Black men bash Black women unnecessarily when it’s not even needed,” Twitter user Valerie Complex said.

One comment under Linda’s TikTok video said, “I thought it was a preference, it’s a preference until y’all aren’t preferred.”

“Babe, we’ve never been the preference, nothing’s changed. We’re used to it, OK?” Linda responded. “But that video was way too disrespectful to let it slide.”