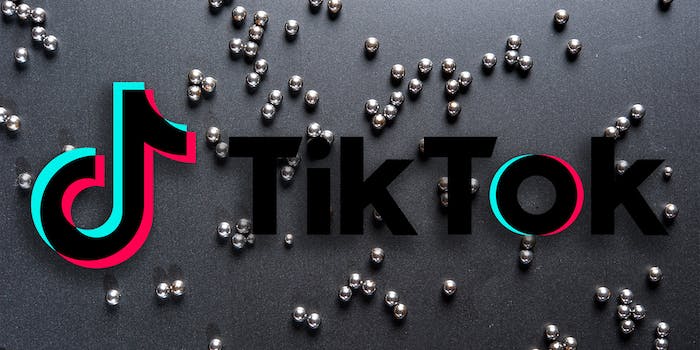 'They had to take part of her bowel away and re-stitch it.'

A 13-year-old from England underwent surgery to remove her appendix and a section of her bowel following a failed attempt to recreate a “tongue piercing” TikTok trend.

According to the Liverpool Echo, TikTokers participating in the trend place magnetic ball bearings on the top and bottom of their tongue to look like a tongue piercing.

Faye Elizabeth told the paper that her daughter began vomiting and complained of stomach pains, most likely occurring after accidentally swallowing the ball bearings.

Elizabeth, who lives in Rainhill, England, said she took her daughter to the hospital when her pains worsened.

Doctors first thought it was appendicitis but after completing a scan, discovered ten magnetic balls lodged inside the daughter’s bowel and appendix. The girl was rushed to another hospital for emergency surgery.

“They had to take part of her bowel away and re-stitch it. There was [a bead] stuck in her appendix, so they had to remove that,” Elizabeth said. Per the Echo, “surgeons removed 15 magnetic beads from the young girl’s internal organs.”

The girl is recovering, though she will have a scar reminding her of the catastrophe.

“I don’t know when she swallowed them because she didn’t admit at first to doing it,” Elizabeth said. “I think she was a bit scared of admitting what she’d done … Apparently, she watched a TikTok video where there’s a trend that all the kids are doing at the minute.”

Elizabeth’s daughter’s cautionary tale is similar to a story of an 11-year-old Worcester boy, who Daily Mail U.K. reports had two emergency surgeries and was in critical condition after swallowing five magnetic beads.