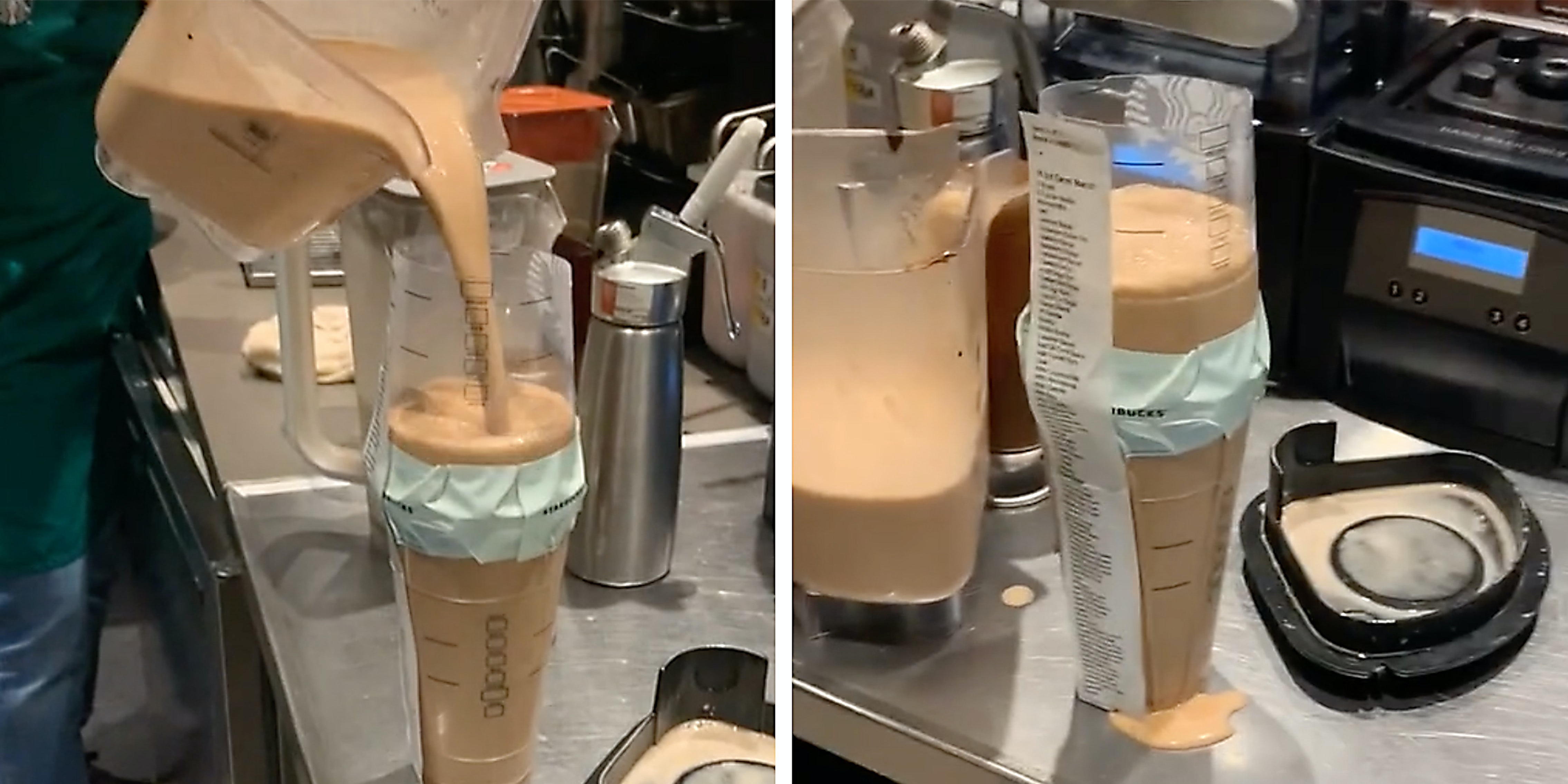 ‘Just give them the blender at this point’: Starbucks worker shares order so ridiculous that it won’t fit in a cup

It's a sugary nightmare.

A viral TikTok video shows Starbucks baristas struggling to make a drink from the secret menu. The drink, which the TikToker called the “everything drink,” was a total disaster, making more of a sugary mess than a delicious treat.

In the video, the baristas try to fit the contents of the order into the cup, but bits of coffee overflow and drip from the side. To stop the mess, the baristas cut another plastic cup in half and tape the two containers together.

As TikToker @aadinaff said in the caption, “What in the five minute crafts.”

The attempt at a creative solution left a messy swirl of sticky mix-ins behind the Starbucks counter. Some commenters were left confused, while others made suggestions for the baristas.

“Dude just give them the blender at this point,” user @rileyyyyyyyyyyyh said.

“Honestly at that point I would just give them a carrier box for their drink,” @hoel_c added.

Other commenters wanted to see the order ticket. In a second video, the TikToker posted the ticket so everyone could see the “everything drink” contents. It included almond milk, coconut milk, oat milk, caramel sauce, several types of flavored syrup, and more.

The drink ended up being just under $30, which surprised most of the commenters. Some people also expressed what they would have done if they received that order.

“I would quite literally refuse,” @spicypotatotancoes said.