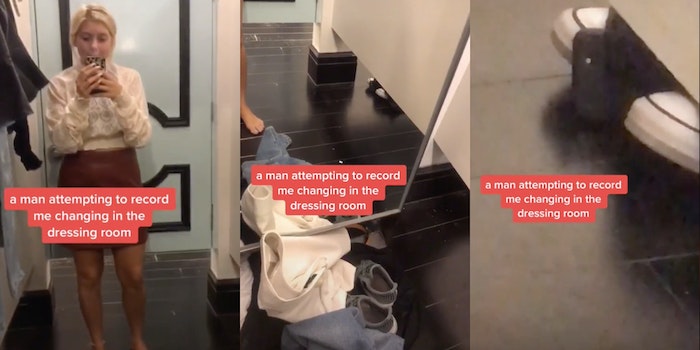 'Be safe out there.'

A young TikTok user captured the disturbing moment a man attempted to film her while she undressed in a public dressing room.