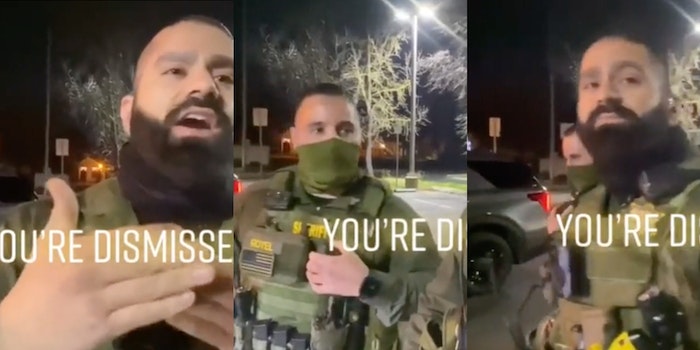 ‘Dismissed’: Cop threatening to detain TikToker gets shut down by colleague

'It's the totality of the circumstances.'

A TikTok video shows a Merced County Sheriff’s Department officer giving a man a hard time before getting dismissed by his colleague.