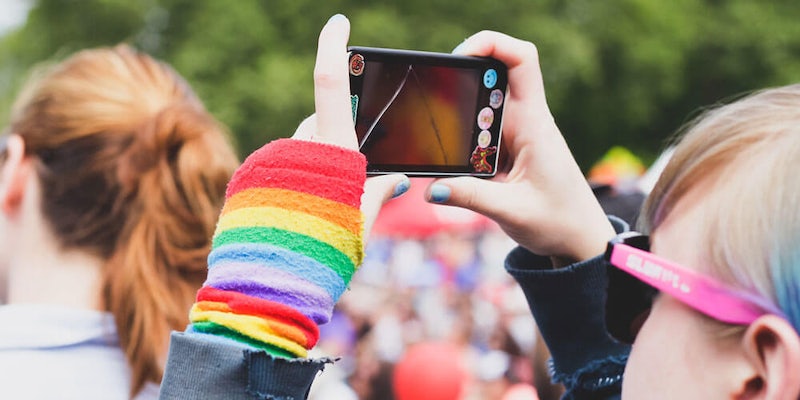 TikTok claims the strict rules, which were applied in Turkey, are no longer in place.

TikTok has been censoring LGBTQ content on its platform for users in certain countries, the Guardian reports.

Documents seen by the Guardian show that the popular short-form video app, owned by Beijing-based tech company ByteDance, has cracked down on the “promotion of homosexuality” in nations such as Turkey.

The guidelines include a ban on displays of affection between LGBTQ members including holding hands, touching, or kissing.

Even content focused on news, music, or TV shows that’s related to the LGBTQ community is forbidden in Turkey.

The rules further point to content centered around “protecting [the] rights of homosexuals” as well and make specific mention of “parades” and pro-LGTBQ “slogans.”

In response to the coverage of its documents, a TikTok spokesperson denied that the rules were still in use.

“Our platform has experienced rapid growth in Turkey and other markets, and as we grow we are constantly learning and refining our approach to moderation,” the spokesperson said. “The referenced guidelines regarding LGBTQ content in Turkey are no longer in use, and we have since made significant progress in establishing a more robust localised approach.”

The documents also mentioned a ban on partial nudity such as “partially naked buttocks” and any videos which show “more than 1/3” of a female’s “whole cleavage length.” Rules on non-Islamic religious figures in Turkey also banned content displaying “Jesus.”

News of TikTok’s willingness to censor LGBTQ content comes just days after the platform was accused of hiding videos about the Hong Kong protests, the Tiananmen Square massacre, and pro-Democracy content for Chinese users.