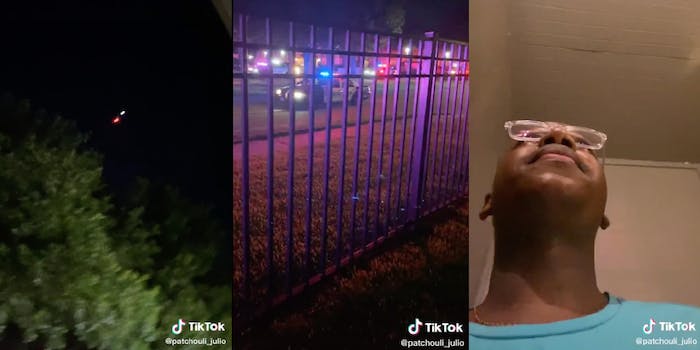 A Houston resident was shocked he caught the moment a helicopter went down, killing one police officer.

A video on TikTok captures the horrific moment a Houston Police Department helicopter crashed, killing one officer and leaving another in critical condition.

Houston resident Jauan Kenney told KHOU 11 he thought he was just being a “nosey neighbor” when he heard a helicopter flying over his apartment and began filming.

Soon, the chopper begins to spin out of control.

“No, no no! Oh my God, a helicopter just fell out of the sky. Am I seriously awake?”

Houston Police Chief Art Acevedo said the officers in the helicopter were responding to a report of bodies found in a nearby bayou. Members of the Houston Fire Department cut the officers from the wreckage, he said.

Kenney told KHOU that at least seven police vehicles were at the scene of the crash within minutes.

Still shaken, Kenney said he sent his video to the local police department and will help with the investigation.

“I was in shock. I didn’t even know if I was awake,” he told KHOU hours after witnessing the crash.