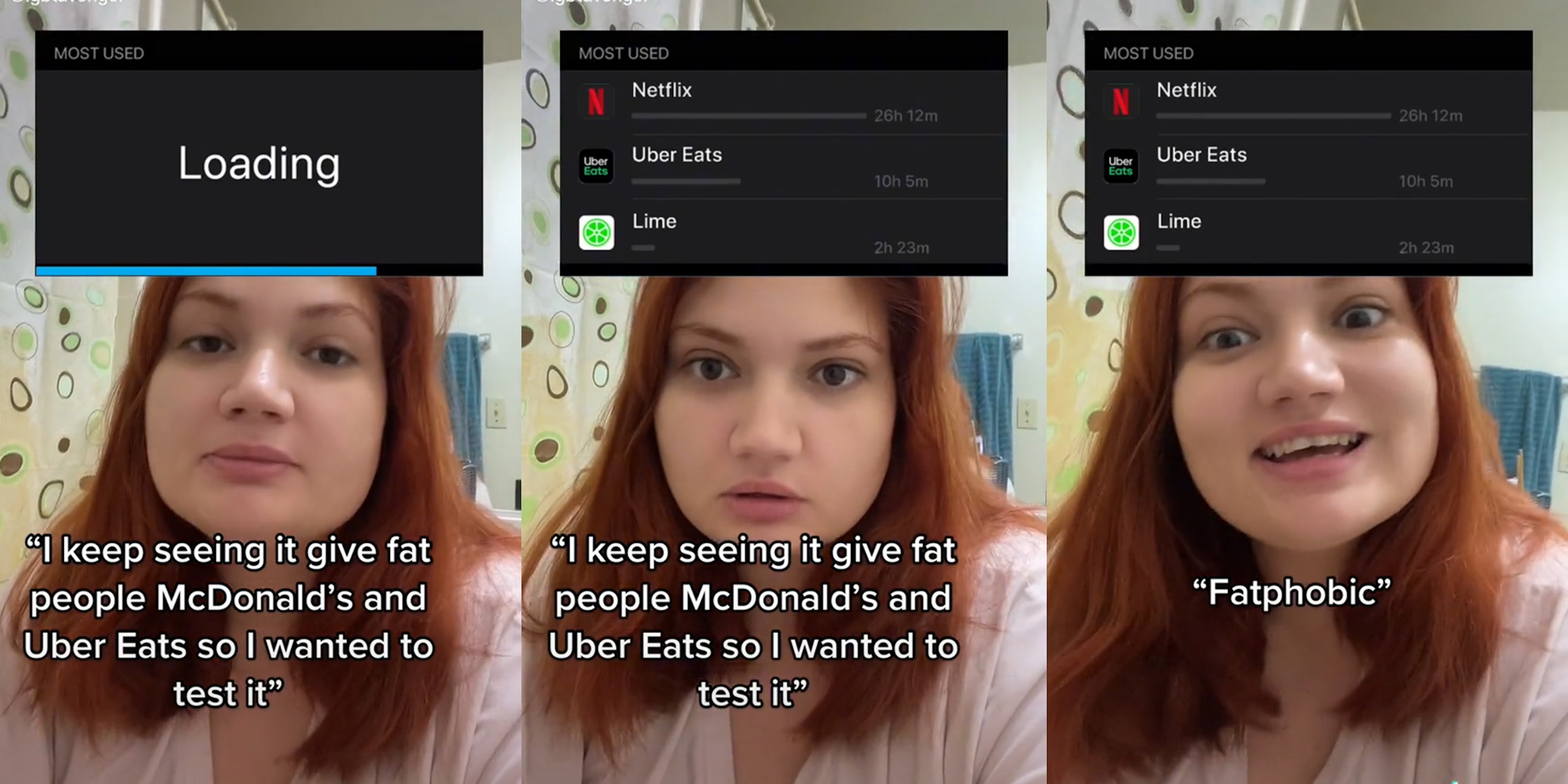 TikTokers have a hunch that a filter that guesses a user’s most used apps is fatphobic.

In an October 2 video, TikToker @lgbtavenger uses the filter, called “My Screen Time,” which purports to show users their top three most used apps—it’s unclear whether or not the app relies on any personalized data.

Regardless, @lgbtavenger says that they have seen the filter show that the most used apps by fat TikTokers are McDonald’s and UberEats.

“So, I wanted to test it,” @lgbtavenger says in their TikTok. When the filter shows one of their “most used” apps to be UberEats, the TikToker exclaims “fatphobic.”

Even though commenters on @lgbtavenger’s video posited that the filter was “randomized,” other fat TikTokers tested out the filter and got similar results: Their “most used” apps included McDonald’s and Uber Eats.

If the filter is actually programmed in a fatphobic way—the Daily Dot reached out to TikTok for comment via email—it is making assumptions about TikToker’s lifestyles based on the way they look. Because those assumptions are that fat TikTokers eat more food, the filter seems to be engaging in textbook fatphobia.

What’s worse, many comments on the aforementioned TikToks expressed that the fatphobia from “My Screen Time” was correct and fat-shamed the TikTokers calling out the filter. Comments on @lgbtavenger’s video included statements like “it’s a sign,” “accurate,” and “take the hint,” which seem to encourage the TikToker that if she’d like to look differently, she should eat less.

Regardless of the filter itself, it’s evident that there’s unshakable fatphobia on TikTok. TikTokers are being silenced: they’re met with fatphobia after calling it out, and the app becomes an echo chamber.

When fat TikTokers tell us that their experience on TikTok is filled with prejudice, ridicule, and hate based on the way they look, we need to listen.