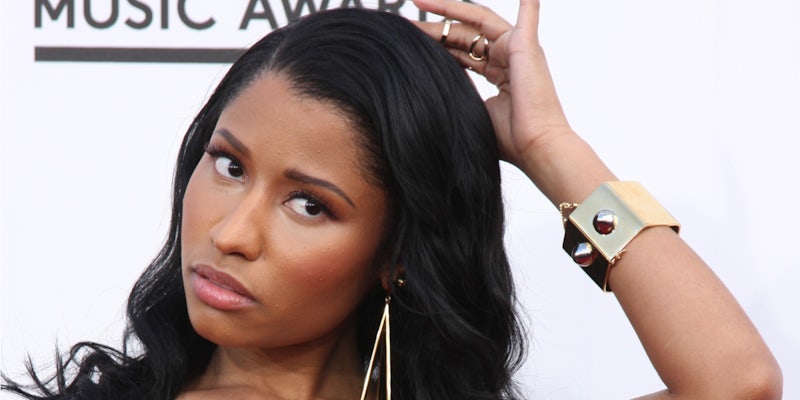 Earlier this month, TikTok announced it would hold a Black History Month celebration with rapper Nicki Minaj. The event was held via Zoom on Tuesday. But what was supposed to be a positive opportunity for Black content creators turned into yet another controversial move by the platform.

According to E! Online, there were only 300 participants allowed on the Zoom call with Nicki, and those spots and the Q&A portion were dominated by non-Black content creators. Many TikTokers expressed their frustration online after the event.

On Twitter, Erick Louis (@theericklouis) said that TikTok was to blame for the event and criticized the platform’s treatment of Black content creators.

In a thread, Louis explained how in the past, they have led a strike against the app on “the suppression, theft, and anti-Blackness Black content creators face daily.” Louis also said that singer Lizzo and rapper Megan Thee Stallion both reached out to them to discuss TikTok’s Black History Month event.

“But as someone who has been on the merry-go-round, y’all need to go for the head: Tiktok,” Louis said.

Other creators on TikTok and other platforms similarly criticized the event. TikToker Gabby (@imjusttalkingshitt) voiced her opinion while responding to another video by Bryan (@bryandiamond).

Gabby said that the majority of their aggravation lies with TikTok because “slapping BHM [Black History Month] on every piece of information for the event and then inviting more non-Black people that Black people is trifling.” She also questioned the platform’s silence following the backlash.

According to TikTok videos, @bryanthediamond took some heat for being one of the many non-Black creators taking up space at the event. Bryan made a video responding to a comment saying if they had known the event was only for Black creators, they would not have joined. They also continued to explain how they were invited multiple times and sent multiple links for the Zoom call.

Commenters agreed that white TikTokers should have made space for Black creators at a Black History Month event.

“It was disrespectful,” one user wrote.

“It should have been a Black [people] only event to uplift Black voices during Black History Month,” another person commented. “We always let other marginalized groups have their space.”

On Instagram Live on Tuesday, Nicki addressed the concerns of Black creators to let them know that they were heard and understood.

The artist told fans, “I had a really great call, a really great Zoom, with TikTok today,” she said, according to E! Online. “Shoutout to everybody that was on there. I hear you guys. I heard what y’all were saying and let me see if I can schedule something for you guys.”