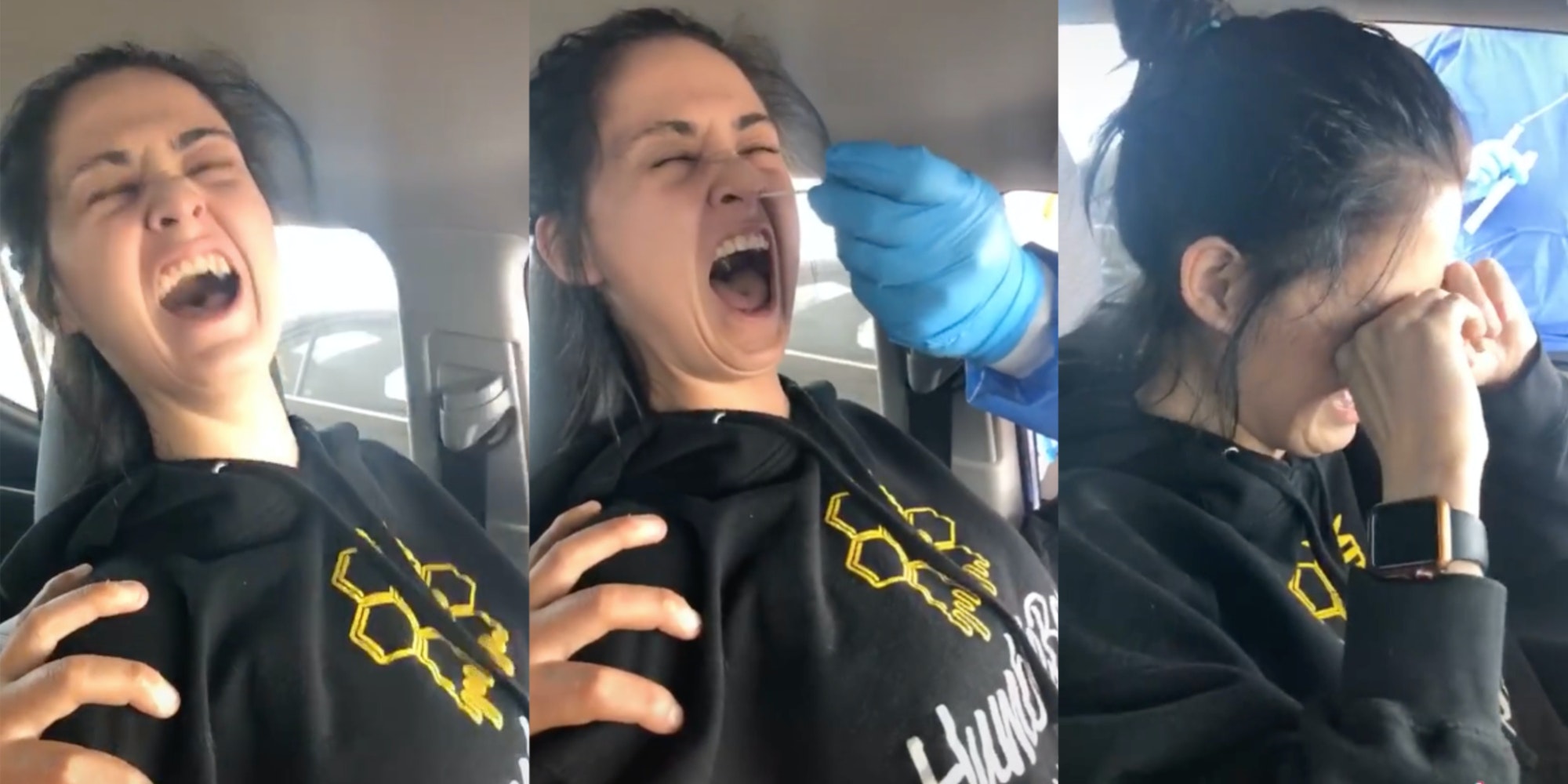 'My 3-year-old got tested and didn't scream like that.'

A TikToker says she’s receiving online hate and death threats after a video featuring her extreme reaction to getting tested for the coronavirus went viral.