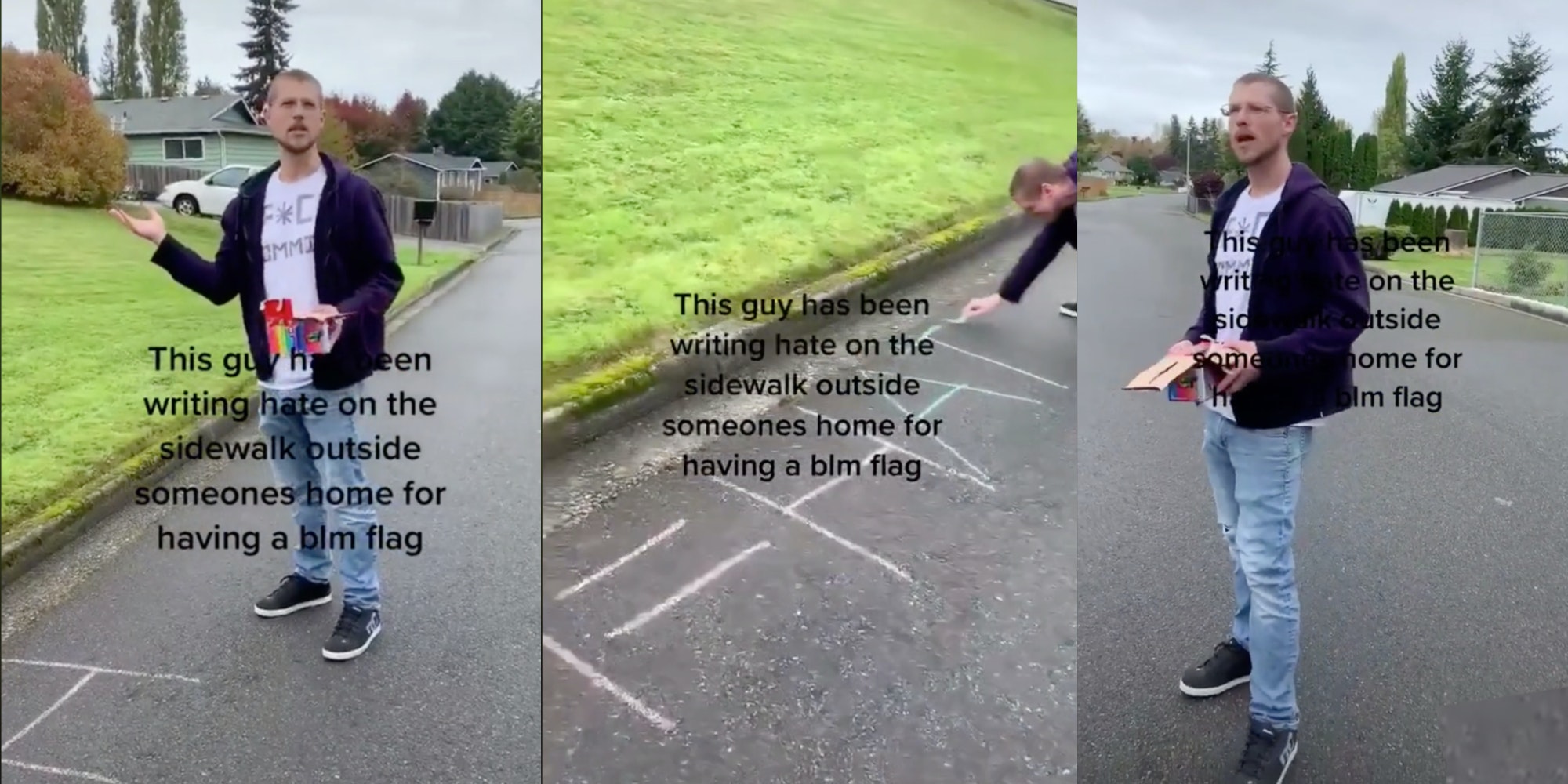 'I have a problem with the flag and the movement.'

A viral TikTok shows a man who is so incensed by a Black Lives Matter flag on a stranger’s property that he writes a racist message on the street with sidewalk chalk in protest.