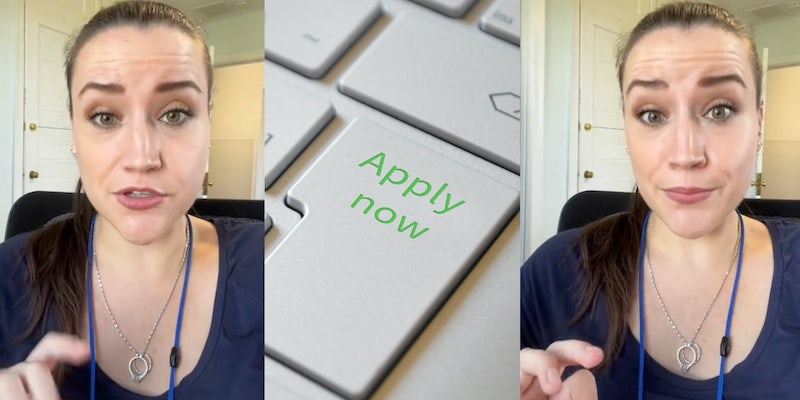 ‘The hiring process is out of control’: Job candidate says hiring company asked her to prepare for 3, 90-minute interviews—after she already did 2

'It's just crazy the hoops companies are making applicants jump through now.'

While “nobody wants to work anymore” may be a common refrain from employers, many people seeking work tell a different story.

Across the internet, users have gone viral after claiming that they’ve sent out hundreds of job applications with few responses, that they’ve been asked to perform free labor during the interview process, and that they’ve received poor wages and paltry raises once they actually get the job.

Further aggravating job-seekers is the interview process, which many claim is needlessly arduous. One example recently sparked discussion after it was posted on TikTok by user Trena (@diggingintodata).

“It’s just crazy the hoops companies are making applicants jump through now,” she wrote in the caption. “This is insane.”

In the video, Trena says the third interview was initially pitched as a panel interview, to which Trena’s reception was positive. As she continued the discussion to actually plan the interview, however, she learned that she would be interviewing with the three team members who comprised the panel individually, with each interview lasting up to 90 minutes.

“You’re wanting me to put in four and a half hours for this panel, that’s not a panel after I’ve already done two hour-long interviews for you guys?” she asks.

Trena is not alone in her complaints about excessive interview requirements. Last year, the BBC published an article entitled “The rise of never-ending job interviews” under its Worklife vertical. The article documents numerous tales from people who have had to undergo multiple rounds of interviews, at every stage uncertain if they’ll get the job or even how many more rounds of interviews they have ahead of them.

Users on TikTok agreed with this idea, with many sharing similar stories in comments.

“A manager told me he didn’t think I’d get the job but wanted to ‘bring me in anyway’ and do an interview that was on average 3.5 hrs,” one user claimed.

“I’ve heard this quite a bit, which is why I’m going back & forth on whether to fully jump into tech,” another shared.

“The hiring process is out of control,” a third stated. “They all ask the same questions like why not just ask it once w everyone there? Why waste so much time!?”

Thankfully, this story has a happy ending. Trena actually did the interviews and now has a job that she is excited about, though it is unclear whether or not this is the same job with the intense interview process.

As one user wrote, “congratulations! It’s exciting to reach a goal you’ve worked hard to achieve.”

The Daily Dot reached out to Trena via TikTok comment.