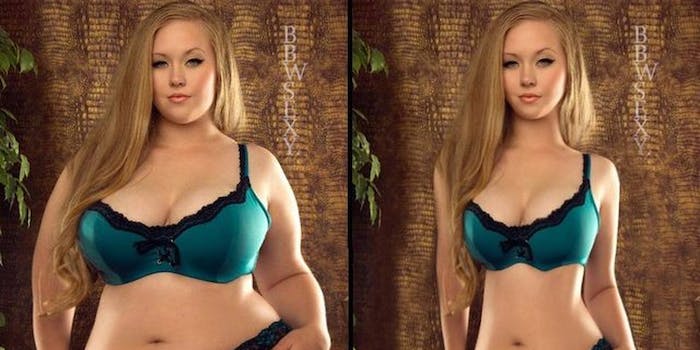 #ThinnerBeauty boards Photoshop plus-size women into skinnier versions of themselves

It all started with something called Project Harpoon.

The body-positive movement really pisses some people off.

For whatever reason, the idea of women accepting their bodies—no matter what size or shape—is offensive to a segment of the population. Hence a new kind of trolling popping up in Reddit and 4Chan threads, on Facebook and Instagram, and all over Twitter and Tumblr, too. It’s called #thinnerbeauty, or sometimes Project Harpoon, and it’s devoted to making plus-size women skinny using Photoshop.

The Project Harpoon Facebook page was removed for violating the site’s Community Standards, as noted by Tumblr princesswhistle. But as of Thursday night it was rampant with activity: posting before-and-after photos of women (some plus-size models, other just regular gals whose pics were grabbed offline) slimmed down with Photoshop, and receiving posts from women whose photos had been used for the project. 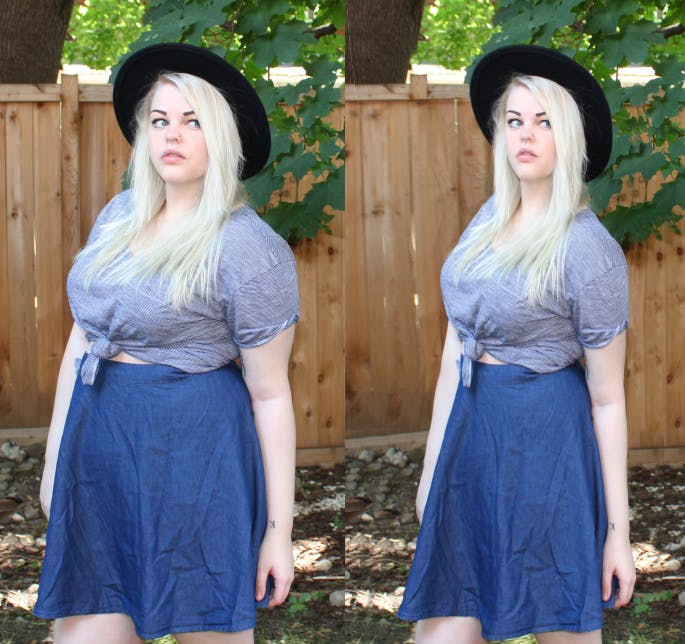 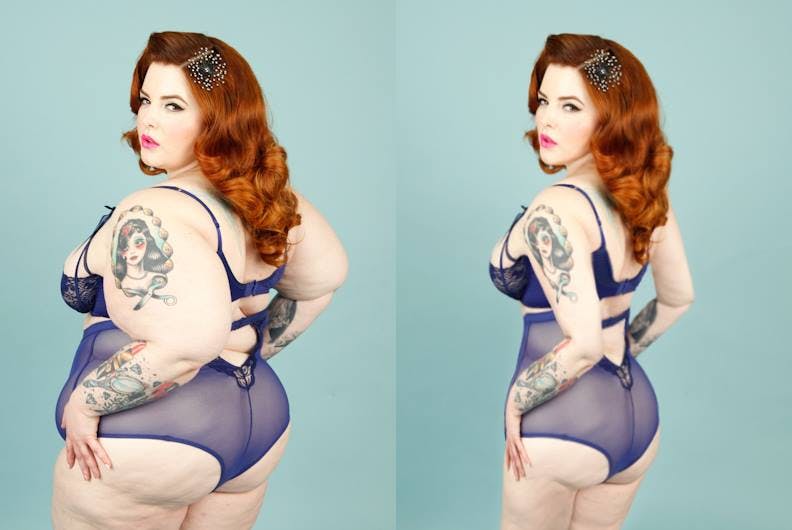 While the page angered many who stumbled across it, one woman left a beautiful message full of concern and even pity for the people behind it. 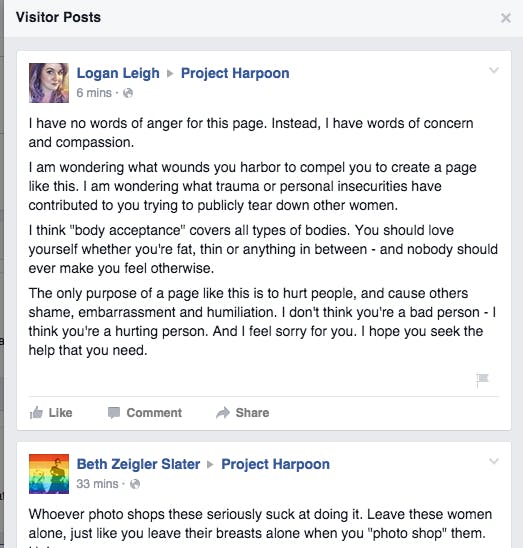 Project Harpoon seems to be an organized affair. In comprehensive post, princesswhistle exposed the Project Harpoon and #thinnerbeauty step-by-step plan to try and create a Gamergate-level campaign of gaslighting and infighting. By creating a slew of accounts, following body positive and fat acceptance pages, and pretending to be pro-health instead of fat-shaming, the 4chan trolls hoped to trick people into thinking that the project had helpful intentions. 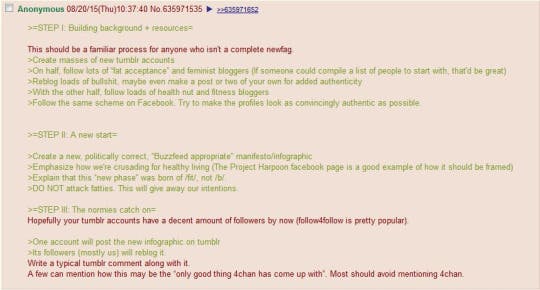 Indeed, the anonymous airbrushing brigade utilized those excuses as instructed. On both the now-defunct Project Harpoon Facebook page and the /r/thinnerbeauty subreddit, admins claim that they aren’t fat-shaming at all—instead, they say they’re trying to inspire people toward fitness goals:

The only thing clear from the /r/thinnerbeauty sidebar description is that the admins don’t want to get booted off Reddit the way that /r/fatpeoplehate did in June.

But despite the alleged “no fat hate” rule, there’s still mockery and cruelty all over #thinnerbeauty. In one photo posted to the subreddit, a woman is called a “schoolbus.” Another commenter writes, “All these people look hot when thinner, maybe we should pick up fat chicks and get them to eat less shit.” Another turned one woman into two smaller ones.

For the most part, viewers aren’t buying it. On the Project Harpoon Instagram (which was disabled during the writing of this article), the majority of commenters argued that the project was “bullying” and shameful.

With the Project Harpoon’s social media accounts being abandoned, it seems possible #thinnerbeauty will fade into obscurity—where, frankly, it belongs. Better luck next time, trolls!