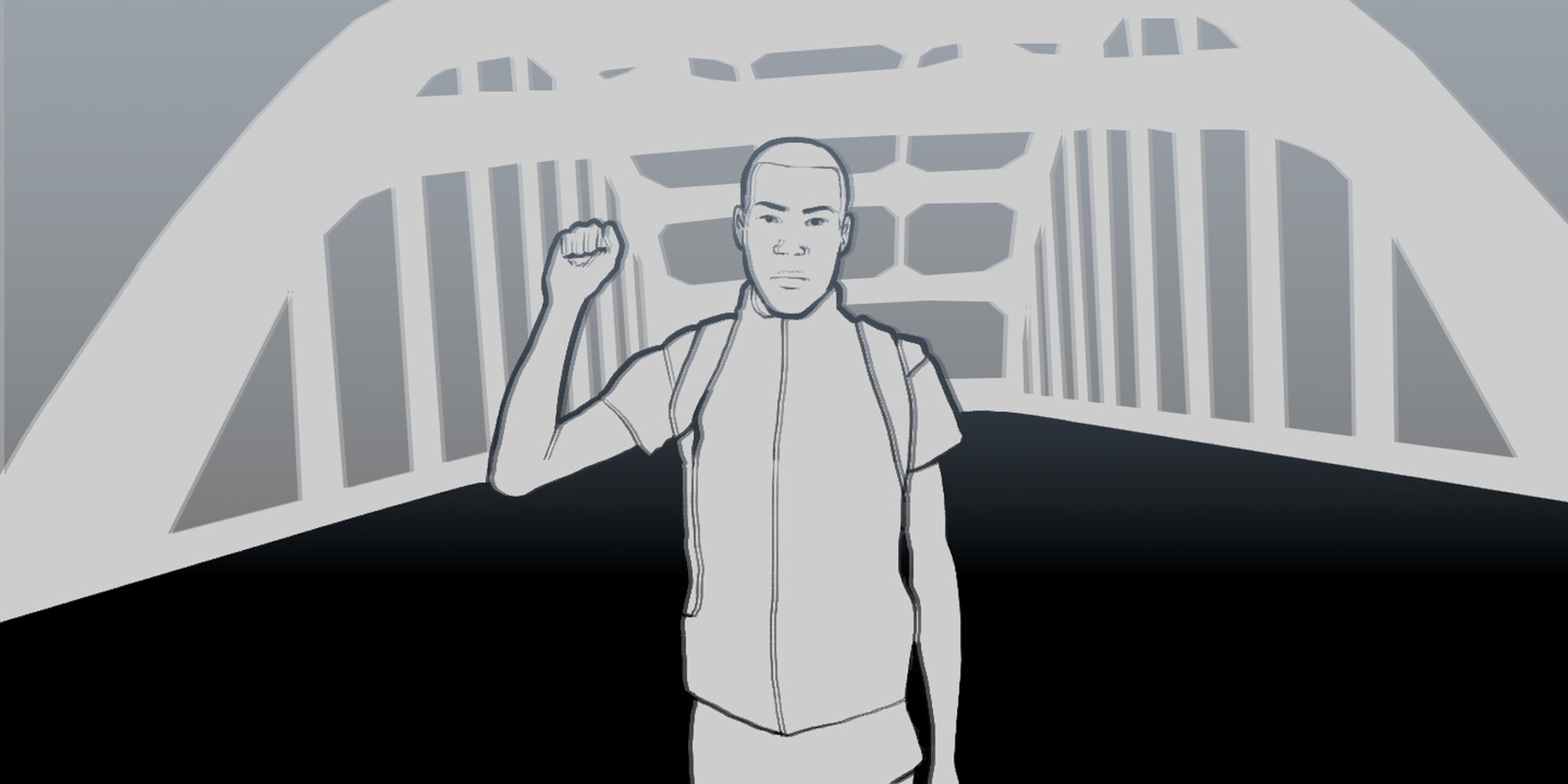 Hashtag activism is about more than just tweets.

On July 19, University of Cincinnati police officer Ray Tensing stopped 43-year old Samuel DuBose for not having a front license plate. Moments later, DuBose’s last words were caught on Tensing’s body cam: “I didn’t even do nothing.”

According to an independent investigation into that July 19 traffic stop, DuBose’s death was entirely avoidable. “Tensing set in motion the fatal chain of events that led to the death of DuBose,” the report reads. “This incident, which resulted in a tragic loss of life, was entirely preventable.”

In the wake of this killing, black students on the UC campus were left feeling vulnerable—a feeling they’ve had before. In 2013, the school’s first and only African-American dean resigned after racist cartoons were circulated. Students seemed hesitant to label the campus a racist environment, but the damage was done.

Change at UC, however, has been slow in coming. And so, on Aug. 31, a group of students took to social media. Organized under the name #theIRATE8 (designed to refer to the 8 percent of black students on campus and their state of mind), the student-led movement began with a mission statement:

“We, the black leadership at the University of Cincinnati, stand in solidarity with each other and the greater community in a demand for change on this campus effective immediately.”

The campaign began by hijacking the college’s self-promotional hashtag, #thehottestcollegeinamerica. The United Black Student Association at UC kicked things off by posting a message to DuBose’s family, to black students at UC, and to the rest of the community at large. And to UC in particular, #theIRATE8 sent a specific message: “To UC, we do not offer, but DEMAND reform.”

Social media support continued. #theIRATE8, which seeks to represent the 8 percent of UC’s 45,000 students who identify as black, was not shocked by student participation. “What was surprising,” a representative told the Daily Dot, “was when UC offices, faculty, and non-black organizations begin to respond, support, and repost. Our student body president and vice president reposted our messages in solidarity, as well as [members of] student government, many UC offices, and many UC faculty/staff.”

Still, there was some question as to how #theIRATE8 felt about UC’s president. On Sept. 3, the group released a video that seemed to be an effort to answer a number of questions while putting a personalized face on the movement.

“Who are #theIRATE8?” the video asks. And a series of young black students respond.

Students go on to recount incidents of racial harassment. They speak about the emotional impact of DuBose’s shooting, and how it feels to attend a school that continues to employ police officers who were involved in initial coverups of circumstances of DuBose’s death.

They also address concerns that they “hate” President Ono—an accusation that many of those involved deny—and speak highly of him for publicly supporting the movement.

Not everything seems so straightforward, though, primarily as it pertains to UC’s low African-American population. In a telephone conversation with the Daily Dot, Caroline Miller, the vice-provost for enrollment management, made sure to clarify that, with the incoming freshman class, the percentage of black students at UC has actually risen—to 9 percent.

However, she also confirmed that UC has renewed its long-standing relationship with Cincinnati public schools in an effort to attract more students. As a result, enrollment from these schools is up 15 percent. The school’s strategic enrollment plan is designed around growth and reflects expectations of shifting population demographics. In short, UC expects to see more black students attending and has plans in place to retain and graduate them. UC’s overall retainment rate is 88 percent, but they retain 91.3 percent of their black students, a fact Miller attributes to support networks that are already in place, such as bridge programs, academic-based learning communities, and strong financial aid packages.

#theIRATE8 don’t see this as enough. They are focused on challenging their community to improve, not only for their own safety but so that future students aren’t faced with the same uncertainties. On Sept. 8, #theIRATE8 opened up anonymous questions via their ask.fm account. In one of their responses, they reminded people, “It is easy to become resigned with our situations because they are so repetitive and hopeless.”

Where hashtag activism is often criticized for going no further than online, #theIRATE8 has turned its tag into an identity and used it to sign what are best described as dispatches from a localized revolution. The group has a meeting scheduled with UC’s Chief Diversity Officer Bleuzette Marshall and is in communication with UC’s president about next steps. In addition, the group continues to ask questions and demand answers, not only about the current state of UC but of its past.

“I don’t care what your major is. Anti-oppression is your work. If you do not consider it your work you are majoring in oppression.”

In a recently released video titled “Let Us Help You SEE,” a student reads from businessman Charles McMicken’s 1858 will, in which he bequeathed a million dollars to the City of Cincinnati for the foundation of two colleges for the “education of white boys and girls.” The video is challenging but ends with a list of accomplishments achieved by organized groups working toward racial justice. It supports their goals, most of which involve changes to infrastructure concerning racial equality, black student life, and safety. They’ve prepared a list of reforms that should be made public later in the month.

Toward that end, though, #theIRATE8 is very protective of their plans and strategy, they confirmed via email that they have plans for direct action, kicking off today, with Sam DuBose Week. “It will be a programmatic week to promote education, awareness, and healing,” the group announced. “A few programs on the agenda for that week are The Privilege Walk, which will expose everyone to the privilege that they have whether they believe they do or not.” The group also plans to hold a “Know Your Rights program, so students can know where they can draw the line (politely) with police interactions and what is actually required of them by law.”

One representative of #theIRATE8 said in an email that the group’s next step is to “take public action and educate everyone on what is happening.” The representative shared a statement made by Christina Brown, an Alumna of The University of Cincinnati and Black Lives Matter activist, at a Diversity and Inclusion Panel: “I don’t care what your major is. Anti-oppression is your work. If you do not consider it your work you are majoring in oppression.”

It’s a sentiment that members of #theIRATE8 are taking to heart.