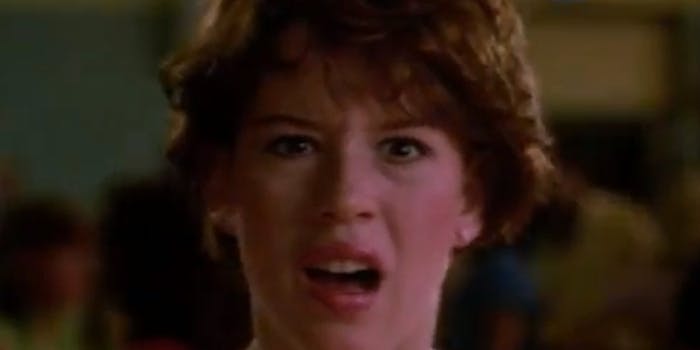 The Hater: TechHomecoming is just another reason to hate high school

We love the Internet. Except when we hate it. Every week, Jordan Valinksy bottles the angst of his Millennial generation and finds something to despise about the Web.

High school never ends—just ask the sad people who were once shoved up against their lockers and are now forced to attend TechHomecoming.

The New York-based event corrals people from tech companies to relive their most painful high school memories, such as having no one to sit with at lunch; enduring mock election for the uber popular kids; and tailgating and a football game that should probably have been a lacrosse match (Dennis Crowley really looks like more of a lax bro).

In classic high school, Grease-poser style, there is also a dance where chaperones telling dancers to knock it off if things get too steamy. How annoying. On the upside, there’s an open bar! That at least is a little different than stealing a Zima from my basement, swigging from it periodically and pretending I had a buzz.

This does not sound like a joyful jaunt down memory lane. Most of the time I spent at dances was wondering when I could leave so I could go home and see if people had appreciated the new font/color combination on my AIM away message. I was also usually pissed at missing a new episode of What I Like About You.

As BetaBeat notes, the lineup of anxiety-inducing events looks like it will only remind people why they yearned to escape the judgey confines of high school for college. College, where these attendees were also probably judged for being the worst—and loudest—people at the bar. I bet they wore boat shoes and Crokies.

The event spans three days and a VIP pass—just another way to reinforce that popularity equals acceptance—that costs $300. There’s another continuity error. I can’t even imagine all the Nintendo-themed T-shirts and red Dickies pants from Hot Topic I would have bought with $300 in high school.

The mock election is the piece de resistance of social discomfort. There are over a dozen categories people can vote in—and, subsequently, lose in, thus drudging up those inferiority feelings from high school that you got over thanks to a well-balanced cocktail of pills and vodka.

Categories include “Company Most Likely to IPO” (HeTexted is rudely ignored), “Most Likely to Change the World” (SkyMall of the Web, Kickstarter, is an option), and “Best Startup Couple,” i.e., a list of heterosexual couples you hated in high school. I guess the gays are too busy judging everything to enter themselves.

There are no categories dedicated to engineers; this makes a strange kind of high school sense, since the organizers probably thought they couldn’t deal with the concept of being social. And, you know, it’s not like they do anything, except to create, build, maintain, and repair these sites. So irrelevant.

This whole things looks worse than a party at End of Century gallery. If we were given the honor of attending, I’d be the first one to scream “Fuck this, I’m moving to Paris,” then sit in my apartment and talk shit on the Internet.

A pissed-off Lauren Leto, who actually seems like someone I would have been friends with in high school, tweeted that she didn’t even want to be included in this stupid idea. “fuck high school & those who want to relive it,” she tweeted. Amen.

There is a reason I live on the Internet: to quell the anxiety that these social activities conjure. Like most interesting people, I desperately avoided these characters in high school. Now there’s a whole event that elevates the worst people on the Internet to Prom King and Queen.

Is there a locker I can hide in?