The Clit List: Because survivors of sexual assault want to get off too

Love it or hate it, the web has truly diversified porn—bringing a vast abundance of films and images right to our, er, fingertips. And it’s not just for the boys. With a homegrown, feminist-made pornography industry that’s growing by the day, accessing visual aids for women has become easier than ever.

But for women who’ve experienced rape or sexual assault, exploring pornography—even venturing onto a “female-friendly” site—can feel like walking through a field of land mines.

An off-shoot of the London-based My Body Back Project, the Clit List offers thoughtful and detailed reviews of pornographic films, both short and long, with a mindfulness to what sex acts are portrayed. These details are a welcome relief to survivors of assault who are often left wondering if they’ll be triggered when they attempt to view pornographic films.

“They were doing it for themselves and then a scene would come up and be the exact sexual position that they were assaulted in,” Amara added. 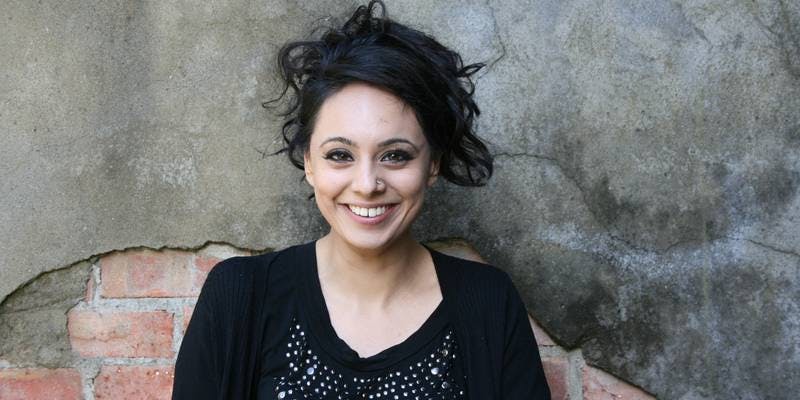 “[My Body Back Project] is really about providing resources to help women feel that they are completely in physical control again—that they own their body and have autonomy over it after experiencing sexual violence,” said Amara. “We’re challenging the myth that society throws upon you that you need somebody else to enjoy your own body.”

In order to help women fully regain a positive relationship with their physical selves, My Body Back has organically expanded its services, from a healthcare clinic where consent is always clearly addressed, to the world’s first maternity clinic for sexual assault survivors, to Café V—a quarterly workshop for women who are “learning to love their bodies following violence.”

“We’re challenging the myth that society throws upon you that you need somebody else to enjoy your own body.”

It was in Café V that a discussion in visual aids and sex toys quickly emerged. Amara said for participants, autonomy is a key piece of reclaiming their sexuality, and sex toys and visual aids can be essential tools for achieving that. “Quite a few of our service users [say they don’t] want to be reliant on a man or anybody really,” she said. “[One woman] was saying how she gets visually turned on, but because of that she found she was reliant on having a partner, but she didn’t want that. She wanted to concentrate on herself.”

In that vein, pornography also serves as very practical tool. “Women are sexually turned on visually, and there’s a continuous dialogue that we’re not but I know so many women who are,” said Amara. “And then [there’s the myth] that women don’t masturbate—that’s rubbish!”

And that’s how the Clit List was born. While no fantasies are off-limits, all of the materials featured on the Clit List are ethically sourced and written by survivors and those who’ve worked with the project. Users can peruse with confidence and with an empowering sense of choice.

Amara has found that women from all around the world, who have and have not experienced sexual assault, are reaching out and expressing interest in the resources.

“I think a lot women who haven’t experienced any form of violence are using TCL because they’ve realized men aren’t essential to their sex lives… They’re a nice added extra though, a bit like a cup of tea. We all love a cup of tea, and who doesn’t look forward to a nice cup of tea when they come home from work? But it’s not essential.”

Ultimately, she says, “Do what works for you.”