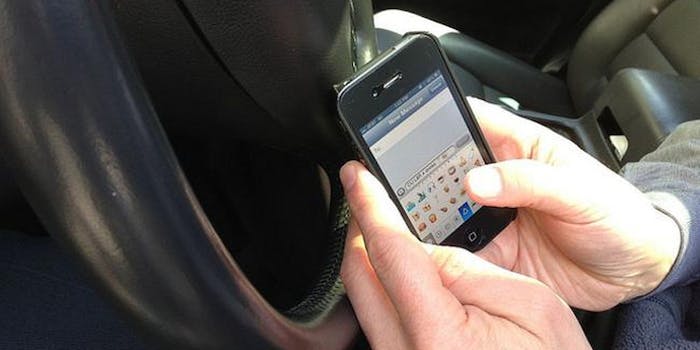 The problem of distracted driving is now writ large.

The texting-while-driving epidemic has produced a heartbreaking Werner Herzog documentary and many PSAs, but drivers are still attempting to multi-task, often with tragic results.

Brian Singer, a San Francisco-based designer and employee at a well-known social media company, decided to take the problem into his own hands, and created his own anti-texting campaign. The website Texting While in Traffic (TWIT) hosts photos of people engaging in the titular act on the highway during his commute, and offers statistics on distracted driving for context. (Singer claims he was the passenger when he took these photos. He also accepts submissions, granted they’re also from passengers.) 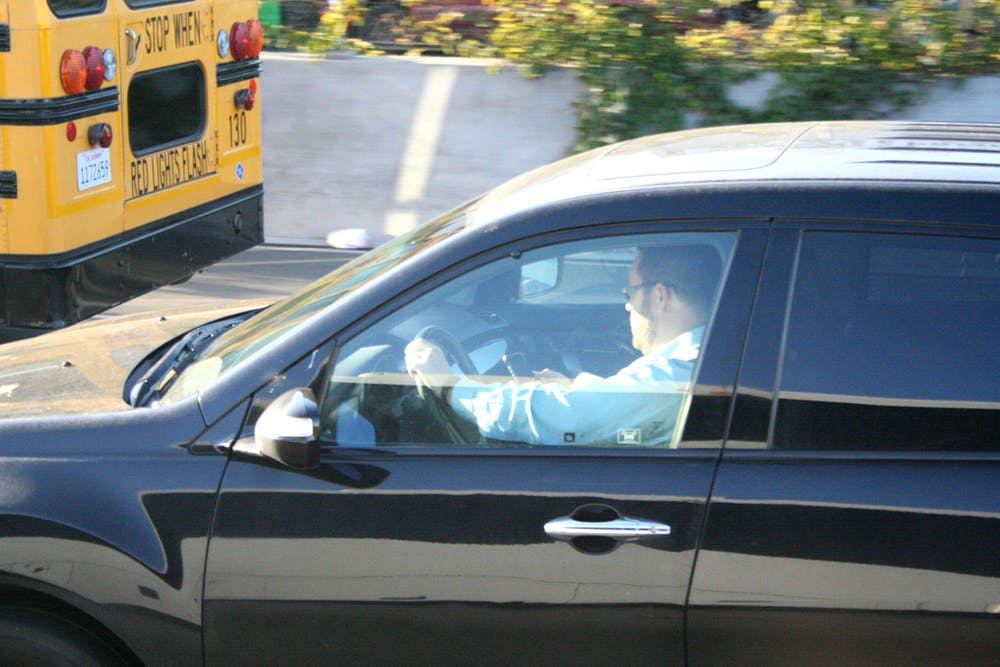 Texting while driving has been banned in California since 2009, but its prevalence is still a bit staggering. The state is now having to consider the issue of wearing Google Glass while driving as well. To take it one step further, Singer personally funded 11 copy-free billboards around San Francisco, featuring photos from the TWIT website. They’ll be up through April, which is Distracted Driving Awareness Month.

Via email, Singer explained that “this is a 100 percent personal project of mine. I’m an artist and do a lot of socially-minded projects and conceptual art.” 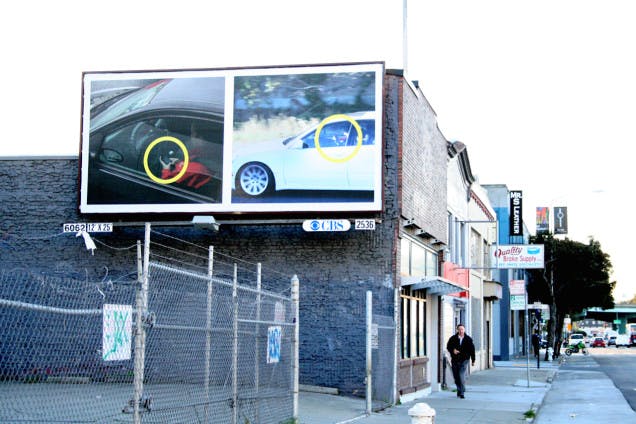 So can public shaming, writ large, be a motivator, and a form of socially-minded art? And should drivers expect privacy in their cars? The project brings up more questions about how to handle the problem in California—and elsewhere—than it answers. Singer says the issue of public shaming and privacy has been brought up a lot, and he gets it, but claims the project goes beyond that.

“My intent with this is really to raise awareness of how common, almost casual this behavior has become,” he says.

“It’s truly dangerous and I want people to think twice before checking an email, texting, or other driving distractions. There’s also a nice juxtaposition, I think, of driving along a freeway, looking up at a billboard, and seeing photos of people who had been driving on that same freeway, using their phones.”

He says he hasn’t heard from any of the people featured in the billboards yet, but thinks he will eventually.

“I’m not sure this project will be the greatest motivator, but I do hope it helps to change behavior, if just a little. If I can help to prevent one accident, one death, then it’s all worth it.”