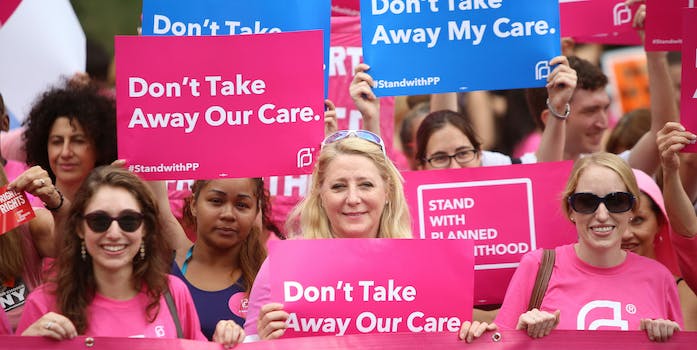 If the reimbursment is approved, the precedent could allow other states to ban Plan Parenthood without financial repercussion.

The state of Texas wants the four years of Medicaid funds it previously refused—in a move to destabilize Planned Parenthood—back.

According to the New York Times, Texas is asking the Trump administration for the money it blocked when it created an entirely state-financed family planning program that cut out providers that “perform or promote” abortion, Planned Parenthood included. Texas reportedly lost out on $35 million per year because of the cut.

Under federal law, states are required to give Medicaid beneficiaries their choice of “any willing provider,” leaving Obama administration health officials to reject Texas from receiving Medicaid funds for their Planned Parenthood ban. If Trump approves the request, other states could potentially take advantage of the precedent and ban Plan Parenthood from Medicaid programs without financial repercussion.

Texas’s request comes after a noticeable decline in enrollment of its state-funded family planning program, Healthy Texas Women. The program provides contraception and screenings for cancer, sexually transmitted diseases, diabetes, and other health conditions for women ages 15 to 44 whose income is up to 200 percent of the federal poverty level but who don’t qualify for Medicaid. Before denying Medicaid funds, the original program was 90 percent funded by the federal government.

But after the attempt to cut out providers of abortion services, Healthy Texas Women noticed a drop in average monthly enrollment from 126,000 to 79,000 last year, according to the Times. Research published in the New England Journal of Medicine found that thousands of women stopped getting long-term birth control in the first 18 months of the new program, while pregnancies covered by Medicaid increased by 27 percent.

The research also states that many of these pregnancies were likely unintended, since these increased childbirth rates were seen in counties affected by the Planned Parenthood exclusion. According to the Times, the state’s draft waiver application appealed to the Medicaid block by stating the renewed funds would improve access and participation, and noted that more than half of the 400,000 Texas births in 2015 were Medicaid-funded, with a third of them reportedly unintended.

Opponents of the Medicaid waiver spoke at a public hearing in Austin, Texas, at Monday, arguing that the Healthy Texas Women program should include Planned Parenthood, and making a request for years of unreleased funds would invite litigation. Other states including Missouri and Iowa have also initiated or expressed interest in forgoing Medicaid funds in order to block Planned Parenthood from receiving federal funding, despite that the Hyde Amendment already prevents federal funds from being spent toward abortion services.

“The Trump administration must shut down this latest attack on women, because if the rest of the nation goes the way of Texas, it would result in a public health crisis for millions of women,” Raegan McDonald-Mosely, the chief medical officer for Planned Parenthood Federation of America, told the Times.