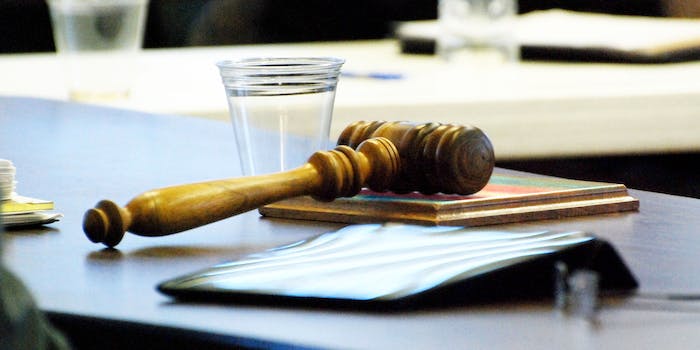 The lawsuit was brought by 13 conservative states.

It seemed like 2016 was the year of transgender rights. Until the backlash arrived.

On Sunday, a federal circuit court judge in Texas issued an injunction that blocks the federal government from enforcing its own transgender-friendly bathroom policy.

The lawsuit, brought by Texas Attorney General Ken Paxton on behalf of 13 states, alleges that the Obama Administration “redefined” sex to include gender identity under Title X, which bans sex-based discrimination, in May. While the student bathroom access issue is the lawsuit’s central complaint, the states—Texas, Louisiana, Tennessee, Mississippi, Georgia, West Virginia, Alabama, Kentucky, Oklahoma, Arizona, Utah, Wisconsin, and Maine—are suing the Education Department alongside the Department of Justice, Department of Labor, and the Equal Employment Opportunity Commission.

On Sunday, U.S. District Judge Reed O’Connor granted the injunction, saying that the federal agencies failed to comply with the Administrative Procedures Act and basically made up a new definition of sex. O’Connor’s ruling blocked the Obama administration from conducting any investigations or enforcing the bathroom policies it issued this May—and even tried to block the feds from talking about its policies in court.

While this injunction remains in place, Defendants are enjoined from initiating, continuing, or concluding any investigation based on Defendants’ interpretation that the definition of sex includes gender identity in Title IX’s prohibition against discrimination on the basis of sex. Additionally, Defendants are enjoined from using the Guidelines or asserting the Guidelines carry weight in any litigation initiated following the date of this Order.

In response to the ruling, Lambda Legal, ACLU, ACLU of Texas, National Center for Lesbian Rights, Transgender Law Center, and GLBTQ Legal Advocates and Defenders said they will continue to file lawsuits on behalf of transgender students, and issued the following joint statement:

A ruling by a single judge in one circuit cannot and does not undo the years of clear legal precedent nationwide establishing that transgender students have the right to go to school without being singled out for discrimination. This unfortunate and premature ruling may, however, confuse school districts that are simply trying to support their students, including their transgender students. So let us make it clear to those districts: Your obligations under the law have not changed, and you are still not only allowed but required to treat transgender students fairly.

Online, advocates are reacting to the news:

Dignity and fairness! Judge in #TXvUS ignores reality: #trans students simply trying to learn like all others! pic.twitter.com/k59eHSwS6g

“The department is disappointed in the court’s decision, and we are reviewing our options," DOJ spokesperson says in response to ruling.

While the Texas circuit court’s ruling immediately prevents transgender students, employees, or patients from accessing appropriate facilities in the 13 states behind the case, it is expected that the federal government will continue pushing the case forward—all the way up, if necessary, to the Supreme Court.