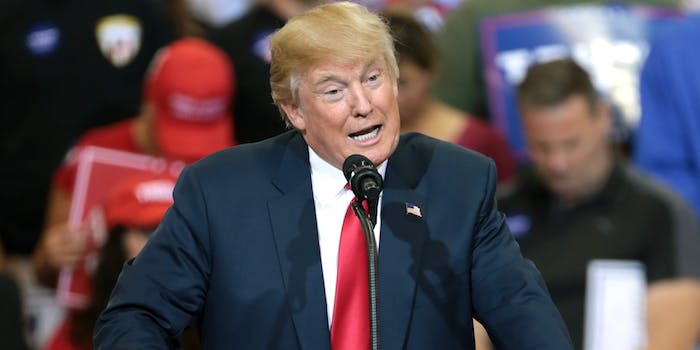 President Donald Trump has tapped anti-abortion activist Teresa Manning to be the deputy assistant secretary for population affairs with the Department of Health and Human Services. Manning, who will supervise the Title X Family Planning Program, is responsible for assuring that low-income families are given proper access to contraceptives, HIV tests, pap smears, and other family-planning subsidized resources for managing and preventing pregnancies.

However, Manning is a staunch opponent against Title X, arguing in the past that contraception “doesn’t work.” She’s also worked with the Family Research Council, a “pro-life” organization.

“[Contraception’s] efficacy is very low, especially when you consider over years, which you know a lot of contraception health advocates want, to start women in their adolescent years when they’re extremely fertile, incidentally,” Manning told NPR in 2003. “And continue for 10, 20, 30 years, over that span of time the prospect that contraception would always prevent the conception of a child is preposterous.”

She’s also decried the federal government’s role in family planning initiatives, saying that child-rearing should be left to “a husband and a wife and God.”

“You know, family planning is something that occurs between a husband and a wife and God, and it doesn’t really involve the federal government, much less the United Nations, where we hear about family planning all the time,” Manning told C-SPAN. “What are they doing in that business?”

With Title X, Manning will be in charge of a family care and pregnancy program that sees approximately $250 million in federal funding. But considering Manning’s background, women’s rights activists worry she could use her role to pull significant funding from subsidized family planning programs, like Planned Parenthood, a major Title X recipient.

“Teresa Manning’s appointment is unacceptable,” Planned Parenthood’s executive vice president, Dawn Laguens, told the Guardian. “This is the fox guarding the hen house, and women with low incomes will pay the price. We are at the lowest rate of unintended pregnancy in 30 years and a historic low for teen pregnancy because of access to birth control.”

“Someone who promotes myths about birth control and reproductive care should not be in charge of the office that is responsible for family planning at HHS.”