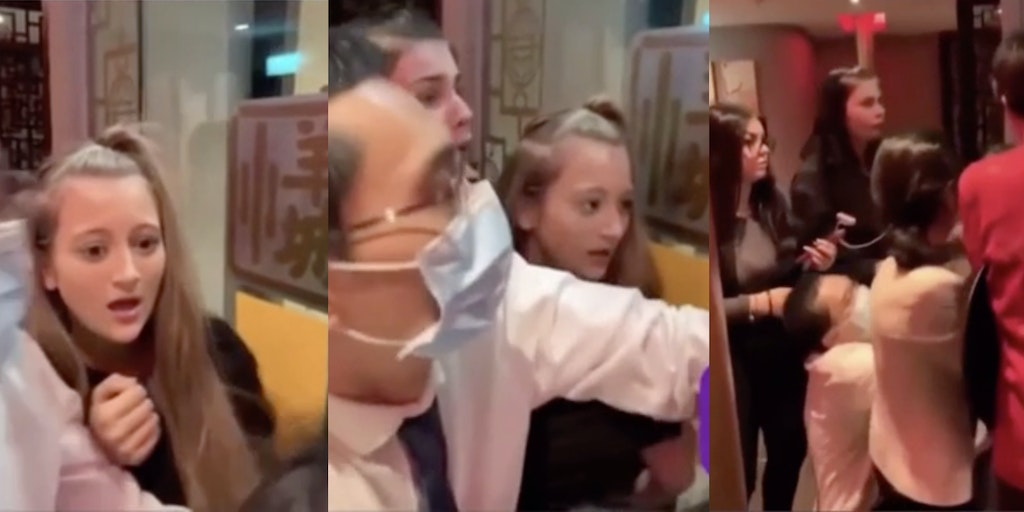 Video: Teens get trapped in restaurant after alleged dine-and-dash fail

'They sounded so privileged,' one viewer said of the teens.

A video of a group of teens that got trapped in a restaurant after allegedly attempting to dine and dash is circulating on social media—and leaving viewers hanging.

A video posted on Reddit’s “Public Freakout” forum shows a large group of teens having a meltdown while trying to escape a restaurant. Employees can be seen holding the door shut because the group allegedly dine and dashed.

One employee instructed someone to call the police. A few kids are on one side of the door and the rest of the group is stuck inside. One teen repeatedly yells, “I’m going to be sick,” and another yells, “Let me out.”

Throughout the video, the teens are yelling and trying to overpower the employees holding the door closed.

Some viewers speculated the incident took place in Manchester, England, as “the accent is rather specific.”

Many viewers thought the kids got what they deserved.

“What a bunch of scumbag kids,” one user commented.

“They sounded so privileged,” another said.

“Well well well, if it isnt the consequences of my own actions,” one user wrote.

Many said they hoped the teens got arrested or at least fined for what they tried to pull, but many doubted the police would go that far.

Viewers wanted an update on the situation, but no follow-up videos or updates have been posted yet.

To make matters worse, it appears the teens attempted to leave without paying during the pandemic. All the workers in the video can be seen wearing face masks.

Reddit is filled with upsetting dine-and-dash stories, only some of which have a satisfying ending. It’s almost unbelievable the lengths people will go to avoid paying their bills. Reddit’s “Tales From Your Server” thread has stories of people climbing fences, hiding their bills, and dramatic chases out the door. But the dine and dashers do occasionally get what they deserve.