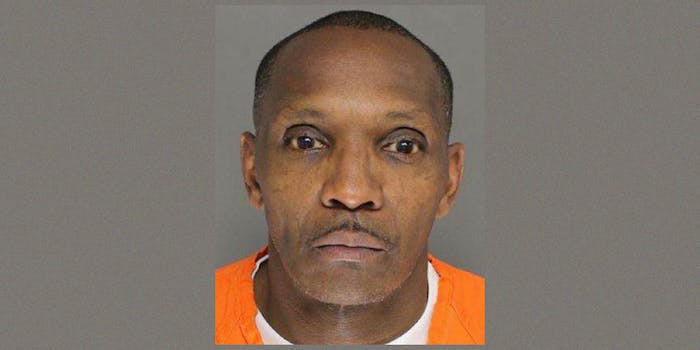 She handed the videos to the prosecutor before his trial.

A 13-year-old from East Stroudsburg, Pennsylvania, secretly recorded her father asking her to lie about him choking her and abusing her, and then gave the videos to the prosecutor right before his trial.

In the videos, Deyon Taylor, 56, is shown in a hotel room re-enacting the choking, and then coaching his daughter to tell the court that he was being “stern” with her but did not physically abuse her, according to a police affidavit, the Associated Press reports. He also reportedly told her to say that she initially lied to the police because she was upset he confiscated her laptop and didn’t let her see her friends.

His daughter, however terrified, was two steps ahead of him, though. She recorded the conversation that evening on her cellphone, as well as a second conversation the next day on their way to the courthouse about how he wanted her to respond to questions.

“Did he choke me? No! Did he hurt me? No! Was he being stern with me? Yes!” he is heard saying in the video, according to the AP.

Once they were in the court, Taylor told his lawyer that the girl had lied. The girl and her mother then met with the prosecutor separately, and she shared the recordings.

In June, Taylor was charged with choking his daughter. Her mother then got a protection-from-abuse order against him. After the time period for the order ended, Taylor, the girl, and her mother all traveled to North Carolina, and returned to Pennsylvania on Thursday for the trial proceedings. The jury selection for the trial began on Tuesday.

The mother told prosecutors that she too was scared of Taylor and he sometimes takes away her debit card and identifications in order to control her.

Taylor is now facing additional charges of witness intimidation and hindering prosecution, and his bail has been revoked.