Teen encouraged her boyfriend to commit suicide, according to text messages

Before his suicide, Conrad Roy III suggested in a text to his girlfriend that they die together “like Romeo and Juliet.” But in the end, only he ended up dead.

Michelle Carter, now 18, is being charged with involuntary manslaughter in connection to Roy’s July 2014 suicide. Text messages revealed in court documents show that Carter actively encouraged Roy to go through with it in the days leading up to him taking his own life while in his parked car.

“You have to just do it,” Carter texted him, according to the documents obtained by the Huffington Post. “You have everything you need. There is no way you can fail. Tonight is the night. It’s now or never.” 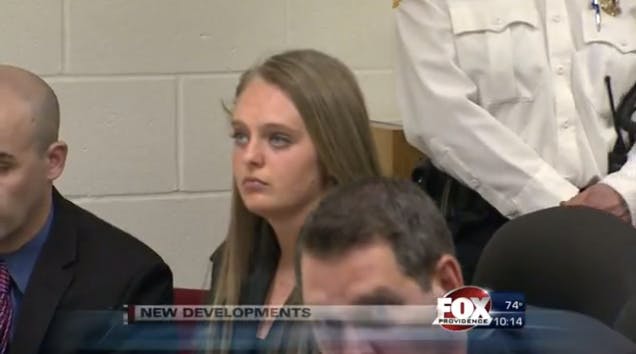 The Massachusetts teens were in a long-distance, mostly online relationship, and only met in real life once or twice. The majority of their interactions were via thousands of texts, and in Roy’s final days, those messages turned increasingly dark.

Carter helped Roy come up with his method of suicide—carbon monoxide poisoning—and aided in the logistics.

Despite Carter’s doubts, it did work, and Roy was found dead on July 13 of last year. She was even on the phone with him until he eventually lost consciousness, and reportedly told a friend that she instructed him to get back in the car when he started having cold feet.

Now her lawyer is claiming that Carter’s were just “words” and that ultimately, Roy was responsible for taking his own life. But looking back at their transcripts, and knowing how impressionable teens (especially those in love) are, it’s hard to underestimate the role that Carter played.

A week after Roy’s death, Carter found out the police would be searching his phone. “[If] they read my messages with him I’m done,” she texted a friend. “His family will hate me and I can go to jail.”

Now the first part is likely true, and the second is a very real possibility.