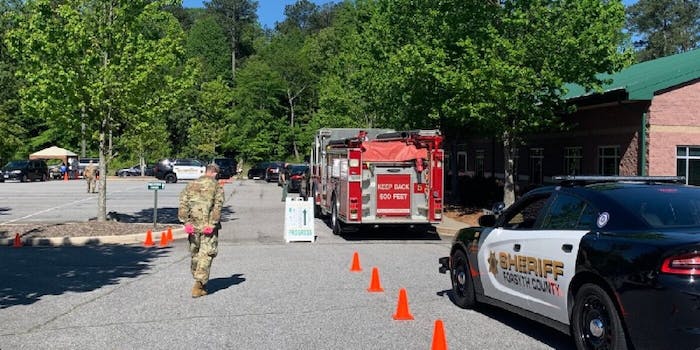 The dog has not been found.

An 18-year-old North Carolina man has been charged with animal abuse after dropping a dog from a balcony and documenting it on social media.

The man has been identified as Jashon Tyrell Hampton by the Winston-Salem Journal. He was reportedly arrested on Friday after the sheriff’s office received a video of the incident on Wednesday.

The video shows Hampton dropped the dog while on camera and showed the dog being injured, the Journal reported.

Hampton appeared before a magistrate for an unsecured bond worth $1,000.00, according to WVLT. He was charged with felony animal cruelty by Forsyth County Sheriff’s Office.

According to multiple news reports, the injured dog has not been found.

This is not the first time animal abuse has been documented online or via social media.

One of the most public cases was an incident last year with YouTube star Brooke Houts. She received widespread backlash after a video surfaced showing punching and hitting her dog.

More recently, a woman’s video of punching her dog with boxer gloves went viral for the abuse it showed.