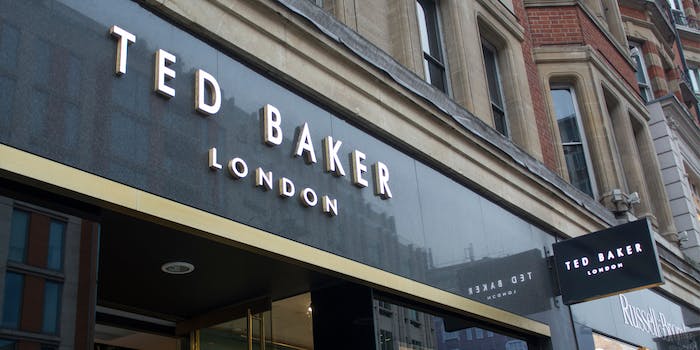 Employees say a 'culture of forced hugging' has made it easy for the CEO to get away with sexual harassment.

Employees of the high-end British clothing company Ted Baker have launched a petition alleging that the company culture allows “harassment to go unchallenged.”

Kelvin allegedly “tries to massage people around the office, insists on long hugs with staff members, touches them inappropriately and openly asks his staff for sex,” according to the petition.

Other behaviors listed in the petition include touching people’s necks, asking employees to make pornography with him, kissing people’s ears, making sexual innuendos, taking off his shirt, and talking about his sex life. According to the petition, many people have left the company as a result of this harassment. It also states that human resources ignored and dismissed complaints of harassment from Kelvin, and told those who tried to report him, “that’s just what he’s like.” For this reason, the petition requested an independent investigation into Kelvin’s harassment.

The company initially gave a statement to the BBC that Kelvin often greets people, “with a hug, be it a shareholder, investor, supplier, partner, customer or colleague.” It said that while hugs are a part of the Ted Baker culture, they are “absolutely not insisted upon.”

Since the story has spread further, the company has changed its tune. In a new statement, it said there would be “a thorough and urgent independent external investigation” done by an independent committee, as the petition requested. On the updated page for the petition, Organize says that in a phone call, Ted Baker representatives said they were “open to changing the way we do things.”