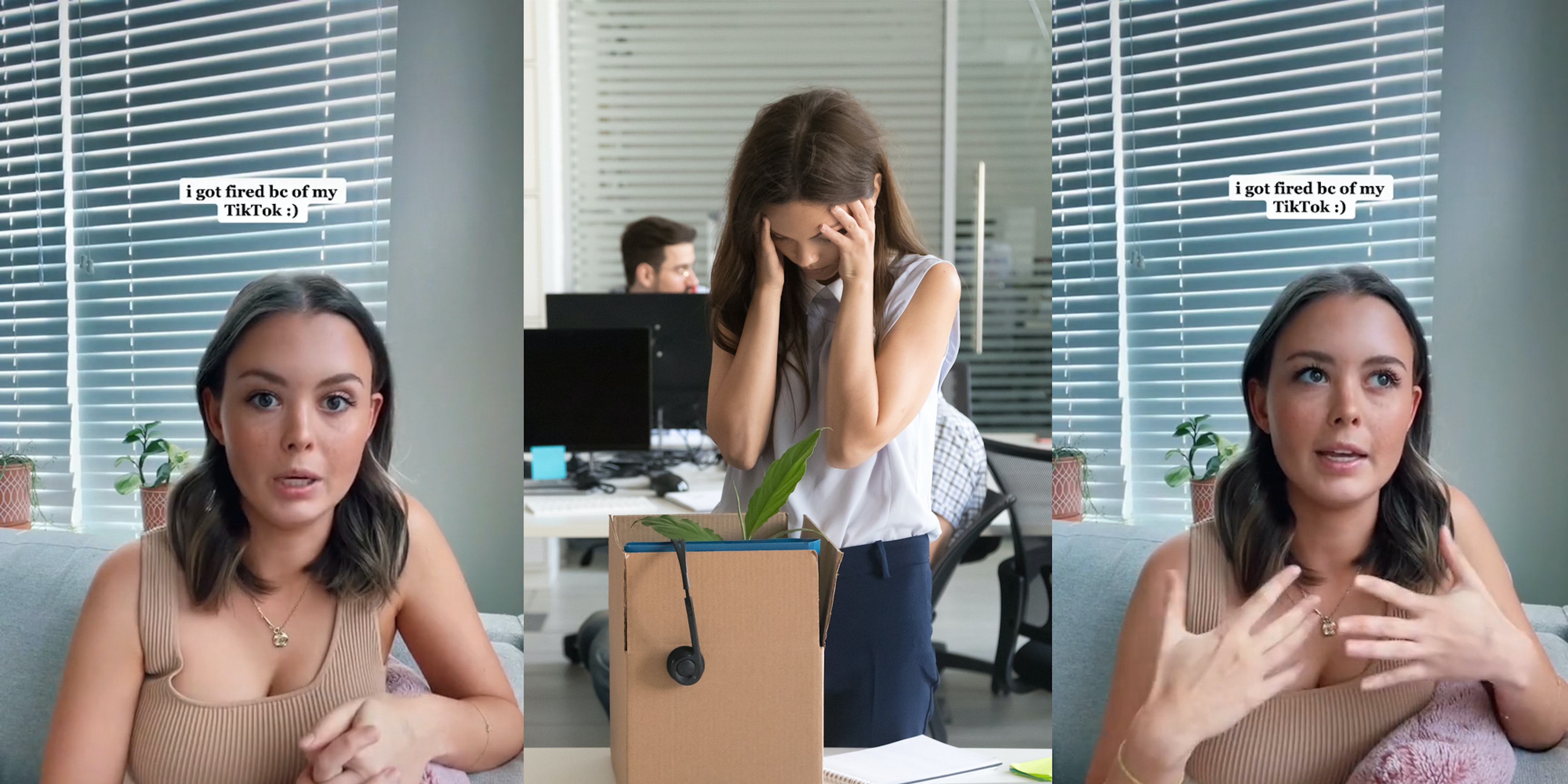 ‘They were mad about you sharing salary and then fired you as a result’: Tech worker says she was fired because of her TikTok account

'They said me having this account was a security concern.'

A woman who works in tech says she was fired from her job because of her TikTok account in a viral video on the platform.

After recently getting a new job in tech, TikToker Lexi Larson (@itslexilarson) often posted about her job salary and how she spends her money while living in Denver. Apparently, her employer didn’t like that.

“So TikTok got me fired,” Larson says in the video. “A couple weeks ago I started sharing about how I got a job in the tech industry. Well, I don’t work at that job anymore because they fired me.”

As of Sunday morning, Larson’s video has received over 442,000 views. The TikToker has about 24,000 followers.

Larson claims her employer found her TikTok account and “really, really did not like” that she was sharing her salary. The TikToker says employees have federal protection to talk about their salaries, but she took her old videos down regardless to please her employer.

But two days after Larson’s employer initially confronted her about her account, they ended up firing her anyway, she says.

She says she asked her former employer if she broke any specific policies or posted anything on TikTok that was a security concern. They said “not at this time” but added that it could happen at any time in the future. They didn’t want to take the “risk,” Larson says.

However, the TikToker says one of her former employers rehired her, and they have no issues with her TikTok account. Still, she says she hasn’t been posting on TikTok as much lately because she’s been in shock and experiencing anxiety.

Even though she now has a new job, viewers urged Larson to pursue legal action against her former employer.

“You should talk to an attorney,” one viewer suggested. “They literally told you they were mad about you sharing salary and then fired you as a result.”

“Talk to an attorney NOW. It is illegal for any US employer to retaliate against employees for sharing salary info,” a second viewer commented.

A third said, “I am a lawyer telling you to get a lawyer. That’s potentially wrongful termination.”

Under the National Labor Relations Act, any policies that prohibit the discussion of wages or salaries are unlawful. However, when it comes to online communications like social media, employers can issue policies regarding the use of company equipment.

However, the issue often involves employees at the same company sharing salaries with each other, rather than an employee simply sharing their pay publicly on social media.

“Girl this isnt right. If anyone else there has any kind of social media, LinkedIn, Twitter, Reddit, literally ANYTHING, then it’s the same risk!” they commented. The TikToker wrote in reply, “Exactly….lol.”

Other users commented that they appreciated Larson’s transparency with her previous salary, even if it got her fired.

“I am so sorry. This doesn’t seem legal at all. I followed you bc you shared salary- it’s so important to normalize these convos!!” one user wrote.

“So sorry this happened! As someone who really wants salary transparency, I saw your salary video about the new job and was really inspired,” another user said.

The Daily Dot reached out to Larson via TikTok comment and email.

Update 11:00am CT June 26: In an email to the Daily Dot, Larson noted the importance of salary transparency and an employer’s values.

“This experience has taught me that it’s really important to find an employer that has the same values that you do,” she said. “I post videos about my income/budgeting/personal finances because I think salary transparency is important, and it’s one of the main ways we can work on closing the wage gap. I found similar videos from creators extremely helpful in my own career, and I wanted to do the same for other people. There are employers who are supportive of that, and there are others who unfortunately are not.”