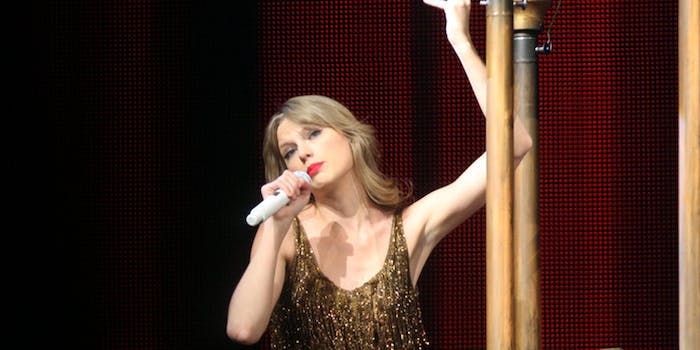 If you come at Taylor Swift, you best not miss.

If you come at Taylor Swift correcting her grammar, you best not miss. The makers of the Princeton Review SAT prep book learned that important life lesson the hard way.

In an attempt to appear cool and hip to the pop life, the SAT prep book includes references to song lyrics from some of today’s biggest stars, like Katy Perry, Lady Gaga, and, of course, Swift. While the authors clearly went to great lengths to reach the younger set, they apparently didn’t bother to do some simple fact-checking to ensure they were quoting Swift correctly.

The lyrics in question are from Swift’s song “Fifteen.” Here’s the passage, which was originally shared on myswiftlee’s Tumblr: 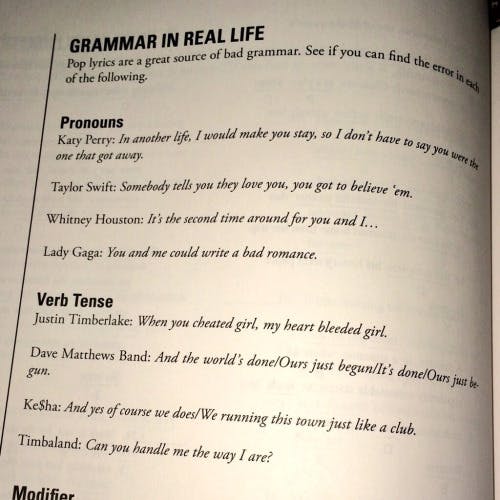 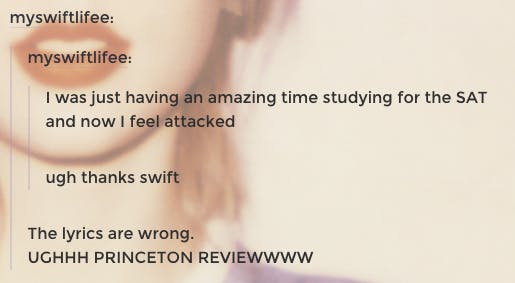 The correct lyric is actually “Cause when you’re 15 and somebody tells you they love you/You’re gonna believe them.”

Taylor Swift reblogged the post on her Tumblr and added the following written bitchslap:

Not the right lyrics at all pssshhhh

You had one job, test people.

One could argue that the test people had multiple jobs, chief among them being preparing students for the test. But one lesson they should not be teaching is overt carelessness.