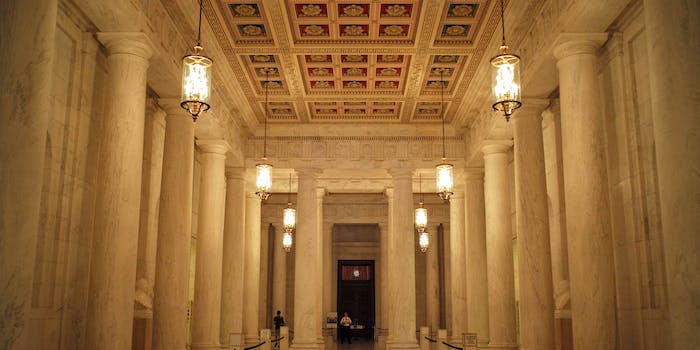 Taylor Bell was suspended for calling out sexual harassment at his school. But were his allegations ever investigated?

Rapper Taylor Bell’s lawsuit against the high school that suspended him is now on the steps of the Supreme Court, with music superstars like Big Boi and Killer Mike filing amicus briefs in support. But while much of the attention on Bell’s case focuses on First Amendment rights, rap, and implications of racism, the disturbing incidents that sparked the case have become somewhat buried under years of  legal arguments.

In 2010, Bell was a senior at Fulton, Mississippi’s Itawamba Agricultural High School when he says he discovered that female students were fed up with the sexual harassment they’d allegedly endured at the hands of two of the school’s athletic coaches, Michael Wildmon and Chris Rainey.

“Girls were saying, ‘The coach is looking down my shirt,’ or, ‘He’s saying that my butt is big,'” Bell told the Jackson Free Press the next year. “One girl, a gay girl, [said that one coach] was like, ‘If you wasn’t so gay, I would turn you out.’ Stuff like that you just don’t say to students—really, individuals period, but especially not to students.”

During winter break, Bell (an aspiring rapper who goes by the name T-Bizzle) recorded a song. According to the Jackson Free Press, three of the verses described the allegations. On Jan. 3, Bell posted a link to the track on his Facebook page.

Then he was pulled out of class.

School administrators had gotten wind of the song and were concerned over lyrics they perceived as threatening:

By now, the veracity and precision of rap lyrics have been debated in the case. Speaking to the New York Times on Sunday, rapper Killer Mike (who signed on to an amicus brief for Bell submitted to the Supreme Court the next day), pointed out that Bob Marley never actually “shot the sheriff,” as it were.

What happened to the coaches accused of sexually harassing female students?

Bell originally filed a lawsuit against the school immediately following his 2011 suspension. The United States Court of Appeals for the Fifth Circuit ruled in favor of the school in August 2015, a judgement that is now being elevated to the Supreme Court. Bell’s attorneys petitioned the court in November, and the amici have been accumulating in preparation for the court’s expected February decision on whether to hear the case.

But through all the muck of legal filings and the discussions of the First Amendment rights of students while off campus, one thing remains disturbingly unclear: What happened to the coaches accused of sexually harassing underage female students?

According to the Fifth Circuit Court’s decision, the school was right to suspend Bell because his lyrics were seen as threatening and intimidating a teacher. But the lyrics also detail the allegations of sexual harassment that Bell heard from his fellow students.

This n***a telling students that they sexy, betta watch your back / I’m a serve this n***a, like I serve the junkies with some crack / Quit the damn basketball team / the coach a pervert / can’t stand the truth so to you these lyrics going to hurt
Think you got some game / ’cause you fucking with some juveniles / you know this shit the truth so don’t you try to hide it now / Rubbing on the black girls’ ears in the gym / white hoes, change your voice when you talk to them
OMG / Took some girls in the locker room in PE / Cut off the lights / you motherfucking freak / Fucking with the youngins / because your pimpin’ game weak / How he get the head coach / I don’t really fucking know

According to Judge James Dennis, one of the dissenters on the Fifth Circuit decision, “Four different female students submitted sworn affidavits detailing the sexual harassment they endured at the hands of the coaches.” Dennis wrote:

Notably, the instances of sexual misconduct detailed in Bell’s lyrics were not unsubstantiated. Four different female students submitted sworn affidavits detailing the sexual harassment they endured at the hands of the coaches.

For instance, consistent with Bell’s lyrics, one female student stated in her sworn affidavit that Rainey had rubbed her ears without her permission. Likewise, another female student claimed that Wildmon had looked down her shirt; told her that she “was one of the cutest black female students” at Itawamba; commented on her “big butt”; and told her that he “would date her if [she] were older.”

It’s apparent from the court documents that substantive evidence existed of the sexual harassment—yet it was Bell who was kicked out of school for speaking out about it on behalf of his friends.

The Daily Dot emailed Bell’s attorneys on Tuesday to ask about the female students and whether any charges were pressed against Rainey or Wildmon.

“Notwithstanding the submission to the court, and the school district, of affidavits from the female students, the school never investigated the claims and never took action against any of the coaches,” attorney Wilbur Colom said in an email to the Daily Dot on Tuesday.

Colom shared with the Daily Dot the sworn affidavits of Bell’s fellow students—two aged 16 at the time, two aged 17—that described the alleged sexual harassment at the hands of Rainey and Wildmon in detail.

Each affidavit ends with the same sentence: “As of March 16, 2011, no school officials at Itawamba Agricultural High School have asked me or talked to me about the conduct of [the coach in question].”

A glance at the current IAHS faculty roster reveals that Rainey, who was accused by three of the four girls of sexual harassment, including inappropriate touching, sexually threatening language, and homophobic remarks, is still employed as a coach and P.E. assistant at the school.

Rainey did not immediately respond to a request for comment. An additional email to IAHS school administrators also went unanswered on Tuesday.

In light of the sexual harassment allegations, it’s no longer clear that Bell v. Itawamba County School Board is a case about rap music. It’s also a case that raises questions about whether the school complied with federal law.

According to Title IX, a school must respond to allegations of sexual harassment by taking “immediate action to eliminate the sexual harassment or sexual violence, prevent its recurrence, and address its effects.”

The Student Press Law Center (SPLC) is one of several groups that filed an amicus brief in Bell’s case. SPLC Executive Director Frank LoMonte told the Daily Dot in an email Tuesday that the school would face Title IX liability for the sexual harassment claims and a potential lawsuit from the accusing girls if it didn’t take action.

“You would have to assume that once the affidavits from multiple girls became public knowledge, the school would have taken steps to look into those claims,” LoMonte said. “Certainly their lawyers should have advised them to interview the students named in the affidavits and to see whether in fact employees committed harassment, particularly anyone who remains employed there.”

According to attorney Wilbur Colom, the school never investigated. The Daily Dot asked Colom via email whether he might be able to put us directly in touch with any of the four girls to see whether the school followed up but did not immediately receive a response.