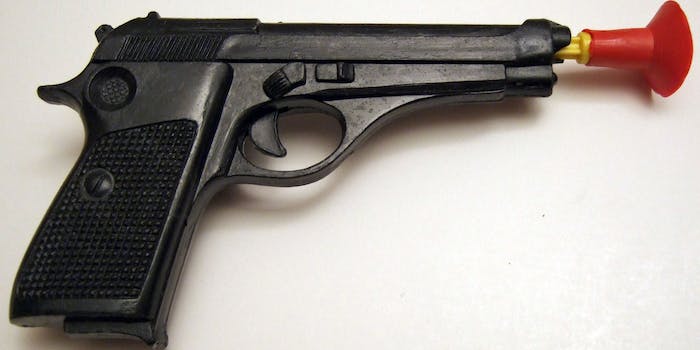 It was a 'perfect storm of human error,' the prosecutor said.

An Ohio Grand Jury has declined to indict two Cleveland police officers in the death of Tamir Rice, a 12-year-old boy shot and killed by police last year.

“It would be irresponsible, and unreasonable, if the law required a police officer to wait and see if the gun was real,” he said.

Rice was killed by police on Nov. 22, 2014, while holding a realistic toy pistol. The officers, Loehmann and his partner Frank Garmback, responded to the call at the Cudell Recreation Center of a black man “sitting on a swing and pointing a gun at people.” A 911 caller also told police the gun was “probably fake” and the suspect was “probably a juvenile”—facts which were not relayed to the officers responding to the call.

In widely circulated surveillance footage, Loehmann is seen shooting Rice once in the stomach within seconds after exiting his vehicle. The two officers then stand by without rendering aid for several minutes.

“It would be irresponsible, and unreasonable, if the law required a police officer to wait and see if the gun was real.”

McGinty referred to the case as a “perfect storm of human error, mistakes, and miscommunications, by all involved that day,” but said the evidence “did not indicate criminal conduct by police.” Had Loehmann and Garmback been aware that the shooter was most likely a minor and that gun was fake, they may have approached the scene with “less urgency,” he said.

“If we put ourselves in the victim’s shoes, as prosecutors and detectives try to do, it is likely that Tamir … either intended to hand it over to the officers, or show them it wasn’t a real gun,” McGinty said. “But there was no way for the officers to know that, because they saw the events rapidly unfolding from a very different perspective.”

Police were prepared to face “a possible active shooter in a neighborhood with a history of violence” as they approached the recreational center in their car, added McGinty. In the same park, he noted, there are memorials to two slain Cleveland police officers who had been shot and killed in the line of duty.

The shooting of 12-year-old Rice “was not, by the law that binds us, a crime,” McGinty concluded.

Following McGinty’s announcement, attorneys for the Rice family renewed calls for the U.S. Department of Justice to investigate the incident, while accusing McGinty of “abusing and manipulating the grand jury process to orchestrate a vote against indictment.”

“Even though video shows the police shooting Tamir in less than one second, Prosecutor McGinty hired so-called expert witnesses to try to exonerate the officers and tell the grand jury their conduct was reasonable and justified,” the attorneys said. “It is unheard of, and highly improper, for a prosecutor to hire ‘experts’ to try to exonerate the targets of a grand jury investigation.”