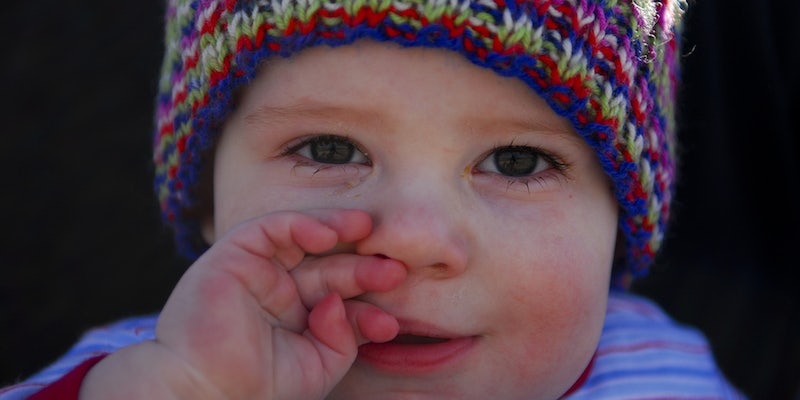 This adorable Swedish video demonstrates how babies are made

Remember that cartoon with the dancing penis and vagina? This is the sequel.

If you’ve ever fretted over having “the talk” with your kids about how babies are made, fret no longer. The Swedes have us covered with this video, which is fittingly titled “That’s How Babies Are Made.”

Following the success of its viral sex ed video featuring dancing penises and vaginas, Swedish TV is once again teaching your kids about their nether regions with another informational banger from the children’s show Bacillakuten. This time around the segment features cartoon sperm and egg to help debunk that awful stork-baby myth.

While there’s no English translation of the lyrics, and the only Swedish I know is the name of my dresser from IKEA, the video’s well-detailed animations are pretty self-explanatory. Once the sperm enters the vagina, they’re all competing to form America’s Next Top Zygote—with the egg waiting at the finish line. The cartoon is interspersed with hilarious and adorable footage of babies and horses running down a racetrack.

Bacillakuten isn’t airing the clip until Sunday, but the educational segment was posted on Facebook early. Just as some commenters weren’t too thrilled with the original video of grooving genitalia, it looks like some parents are already complaining about “That’s How Babies Are Made.” But the positive comments from moms and teachers appear to outnumber the negative.

This is probably the cutest sperm I have ever seen. Thank you, Sweden.