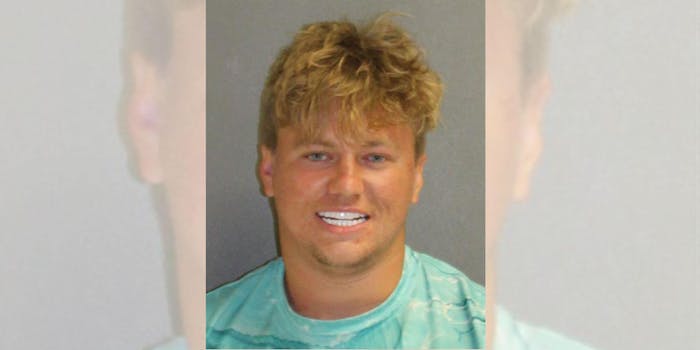 The influencer, who took credit for the egg that got more likes than Kylie Jenner, was reportedly arrested on Saturday.

Supreme Patty—the Instagram star who took credit for the egg that got more likes than Kylie Jenner—was arrested on Saturday for possession of firearms, according to TMZ.

After cops caught him speeding down a Florida street at 100 mph, they asked him to step out his truck and walk over to them with his hands up.

According to TMZ, “cops pulled SP over, ordered him out of the car and demanded he walk to them with his hands up. The cops say he was defiant, but eventually got to them … and then further resisted when they cuffed him.”

The police then searched the vehicle, only to find two firearms—an AR-15 style pistol and a Sig Sauer 9mm handgun. Florida does not allow open carry and Patty, whose real name is Patrick Wallace, does not have a concealed carry permit.

He was booked on a felony firearm possession and kept at Volusia County jail on a $3,250 bond, which he later posted. He was also charged with two misdemeanors for resisting an officer and violating an emergency order related to the coronavirus pandemic.

Guns are a part of Patty’s act. In a recent Instagram post, he shot a Bud Light can with a pistol and began to shotgun the beer, amassing over 1 million views and 100,000 likes.