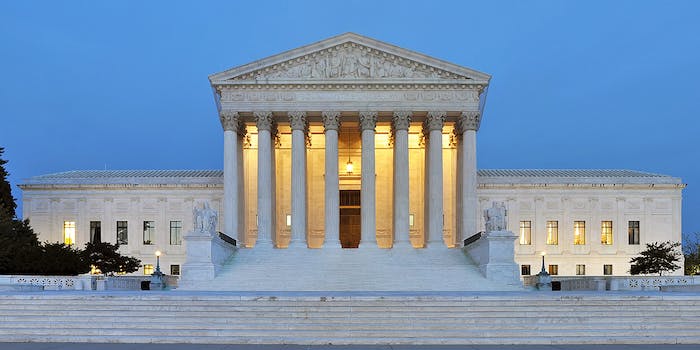 The Supreme Court on Thursday blocked an attempt by President Donald Trump’s administration to end the Deferred Action for Childhood Arrivals (DACA) program.

The court ruled 5-4 against the president. The decision was mostly authored by Chief Justice John Roberts. He was joined by more liberal judges Ruth Bader Ginsburg, Stephen Breyer, Sonia Sotomayor, and Elena Kagan.

DACA protects children of undocumented immigrants, known as Dreamers, from deportation. Around 700,000 people are part of the program, according to the Supreme Court.

The Trump administration decided to end the program in 2017, kicking off a legal challenge.

On Thursday, the court ruled that the Trump administration did not give an adequate justification for terminating DACA and violated the Administrative Procedure Act (APA).

“The dispute before the Court is not whether DHS may rescind DACA. All parties agree that it may. The dispute is instead primarily about the procedure the agency followed in doing so,” the decision reads.

It continues, concluding that “the total rescission” of DACA was “arbitrary and capricious.”

“We do not decide whether DACA or its rescission are sound policies. ‘The wisdom’ of those decisions ‘is none of our concern.’ … We address only whether the agency complied with the procedural requirement that it provide a reasoned explanation for its action. Here the agency failed to consider the conspicuous issues of whether to retain forbearance and what if anything to do about the hardship to DACA recipients. That dual failure raises doubts about whether the agency appreciated the scope of its discretion or exercised that discretion in a reasonable manner. The appropriate recourse is therefore to remand to DHS so that it may consider the problem anew,” the opinion by Roberts reads.

You can read all of the Supreme Court decision here.