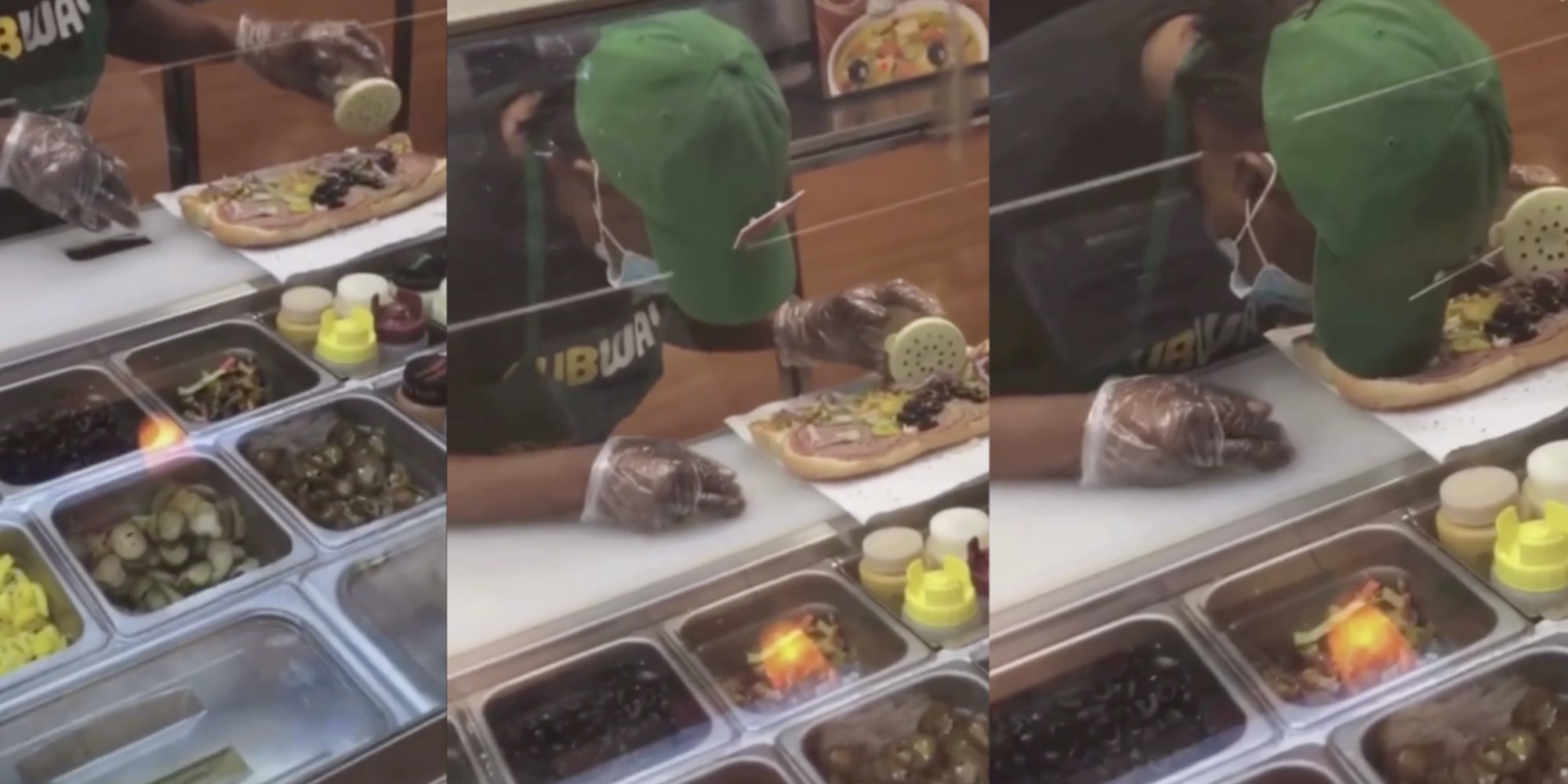 While some thought the video was hilarious, many viewers found it to be 'really sad' and 'heartbreaking.'

A Subway worker was caught nodding off before landing face-first into a sandwich she was preparing for a customer. The customer recorded the incident for a TikTok video that is now making the rounds online.