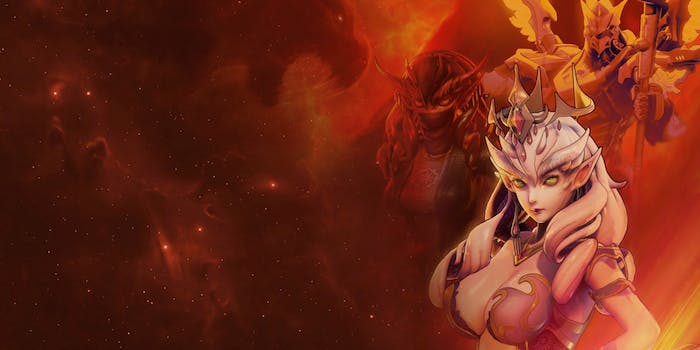 DC specified that Subverse will have “a LOT more scenes” added, including futanari and fetish material.

“Believe me, there was a reason we went with the realtime system and we will make full use of it as we expand our capabilities,” DC wrote. “We’ve got a lot more rounds in the chamber, don’t worry.”

In a Kickstarter FAQ post from April 2019, Studio FOW said VR content “is not something we’re looking into right this moment, but it might be something we try far, far down the line.”

In upcoming updates, Studio FOW promises to expand on player interactions with female characters. Future releases will implement Devotion Quests, a dedicated side storyline that blends “thrills, romance and sex into one satisfying package,” complete with a short cinematic adult cutscene.

DC also acknowledged fan interest in modding and promises the team will “be looking into this over the next month.” For now, however, Studio FOW’s main focus lies with hiring more animators and developers while fixing the game’s bugs.

“You’ve made your voices clear on how you want Subverse to be the leader in the adult scene, and I am completely on board with that,” DC wrote. “We’ll be using the funds for recruitment and expanding our team first and [foremost], making sure that the dev team is in a position to deliver the remaining chapters and module upgrades in a timely fashion.”

“Without circlejerking too hard, I will say that addressing right off the bat feedback from PANDORA and various other ludo-sexual-narrative (lewd-o-narrative I guess) disconnects is one of the reasons why I comfortably backed this project in the first place,” one fan wrote. “I do trust StudioFOW to deliver a quality product with attention to detail, and look forward to future game updates.”

The Daily Dot reached out to Studio FOW for comment.