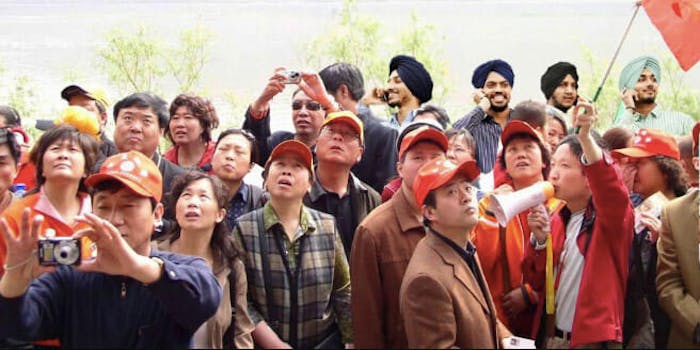 But at what cost?

There’s a corner of Facebook filled with Pikachu memes, spelling mishaps, language puns—plus depictions of some Asians’ obsessions with anime, K-pop, and boba tea. There, memes capture what it’s like to grow up as a second-generation Asian immigrant, from unrealistic expectations of success to Western teachers’ inability to pronounce names in class to taking piano lessons during the summer instead of going camping.

The Facebook page, called Subtle Asian Traits, is rapidly gaining members from Asian communities in Australia, the U.S., Canada, and other countries around the world. Now more than 700,000 members strong, the page is bringing Asians together—many of whom find hilarity and solidarity by scrolling through, even if some of the memes rely on problematic stereotypes.

“I think the reason for their success is that they found a relatively untapped goldmine of a niche: Asian memes,” said Cat Wang, an English and political science sophomore at the University of California, Los Angeles.

Wang, who regularly posts on the UCLA Memes for Sick AF Tweens page, said the specific and relatable Asian meme culture on Subtle Asian Traits helped make it explosively popular in such a short period of time.

Jasmine Sun, who has done research on the intersection of race and social media, told the Daily Dot that Subtle Asian Traits extends beyond a meme page and exists as a place where Asians can connect through shared experiences.

“It highlights the power of social networking sites not only to make ethnic media more accessible, but also to facilitate social engagement around it—tagging a friend, starting a discussion post,” Sun said. “For diaspora Asians who spend so much of everyday life trying to assimilate, the group has built a massive imagined community online where offline ones are hard to find.”

The Facebook group was originally made up of 12 Melbourne students who met in Chinese school in September, said co-creator Angela Kang. In just a few weeks, there were 90,000 members. In early November, there were 378,657 members, reports SBS News. At the time of writing, the group had more than 789,000 members.

“The popularity of the group has honestly been unexpected,” Kang told the Daily Dot. “I remember celebrating 1,000 members, thinking that it was such a phenomenal achievement. Day by day, we were just watching the numbers grow, and it’s been really rewarding receiving feedback from members saying that they love our group and have found a place where they belong.”

Kang is a junior studying radiography at a university in Melbourne, Australia. There are currently nine administrators and eight moderators who manage Subtle Asian Traits.

At its best, content posted on the group is silly and invites lighthearted trolling. But Kang said there have been incidents where discrimination between Asians and political views were brought into the group, pitting certain ethnicities against others.

The group has also been criticized on Reddit for adhering to stereotypes and perpetuating internalized racism. Reddit user bhaozi blasted Subtle Asian Traits for promoting “self-hate” and described jokes on the page as “cringe.”

To promote healthy content, Kang said group administrators adjusted the settings so that each post must be pre-approved by an administrator or a moderator before it’s published. The number of posts waiting for pre-approval fluctuate day by day; on the day she was interviewed, Kang said 3,600 posts were waiting to be approved.

Subtle Asian Traits has an endless slew of East Asian-related cultural jokes and references. A chain of popular posts within group use the caption “if you know, you know” referring to Asian snacks, mobile apps, and relics of childhood.

Sunnie Lee, a senior studying journalism at the University of Texas at Austin, said the Facebook group has been a place where she can freely express her experiences with others.

“It feels great to have a massive group of people who can share similar but incredibly specific experiences,” Lee said. “It’s also empowering to be able to make jokes about certain memories of my childhood or tenets of my culture, but without any judgement or malice intent.”

After Subtle Asian Traits exploded in popularity, other “subtle traits” groups formed on Facebook. Subtle Curry Traits, for example, shares jokes and memes that are more reflective of the South Asian community.

After users on Subtle Asian Traits suggested using the group to connect romantically with other Asians online, Subtle Asian Dating formed. Posts in the group advertise single friends to others for “cuffing season,” creating a more exclusive dating space than apps like Tinder or Bumble. After being active for just one month, Subtle Asian Dating has over 200,000 members.

Currently, there are no other official social media accounts for Subtle Asian Traits, Kang said. But she expects the group will continue to be a place where people can feel a sense of belonging.

“We hope the group will keep on growing,” Kang said. “We’ll just see where it takes us because it’s all for a bit of fun.”