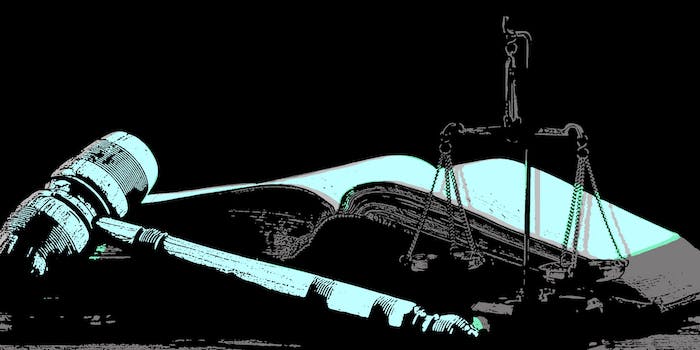 Stuart Dunnings III faces up to 20 years in jail.

An Ingham County prosecutor who led a crackdown on prostitution allegedly paid for sex hundreds of times with women he met online and through his office, the Washington Post reports. Stuart Dunnings III was arrested on Monday and charged with 15 prostitution-related offenses spanning three Michigan counties.

As Michigan Attorney General Bill Schuette reported at a press conference, the 63-year-old is being charged with 10 counts of engaging the services of a prostitute, four counts of neglect of duty, and a felony of “enticing a woman who had never before engaged in commercial sex, to perform sexual acts with him in exchange for cash.”

If convicted Dunnings faces up to 20 years in prison. Six women testified that Dunnings paid them for sex between 2010 and 2015. The Washington Post reports that Dunnings found most of these women through escort websites such as Escort Vault and Backpage.

The felony charge relate to a woman who first met Dunnings at his office in 2010 when she was seeking help with her child custody battle. After meeting twice for lunch, Dunnings allegedly offered the woman—whom he knew was struggling financially—money in return for a sexual relationship. The woman said she felt unable to refuse, fearing that Dunnings could make trouble for her, and that she would not have gone along with the arrangement had Dunnings not occupied such a powerful legal position.

Dunnings’ activity was uncovered during a federal investigation into a suspected human trafficking ring. His brother, Lansing attorney Stephen Dunnings, is also facing two charges of engaging the services of a prostitute; the Washington Post alleges that Stuart Dunnings “shared” this woman with his brother.

The Lansing State Journal reports that Stuart Dunnings had set himself up “as a staunch opponent of prostitution” in 2001, when he took over prosecuting the county’s prostitution-related crime. He impounded johns’ vehicles and began charging prostitutes and their customers for felonies if they committed a third offense. In his first two years, 53 vehicles were impounded and 19 people charged with felonies.

Dunnings was first elected Ingham County prosecutor in 1996 and at the time of arrest, was the highest paid elected official in the county, earning $132,000. Schuette has called upon Dunnings to resign.

Attorney General Bill Schuette’s office urges anyone who believes they have been victimized by Dunnings to call (517) 241-6556.