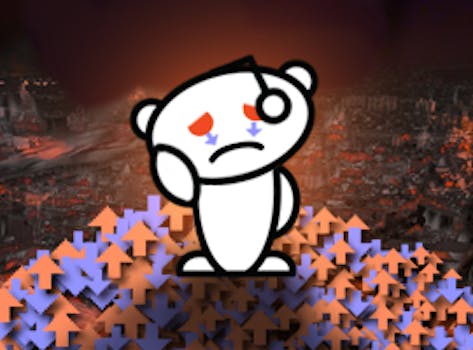 The myth of the meritocratic Web

We think of the Internet as one of the great manifestations of a meritocracy, where the good/interesting/fascinating content rises to the top. Cole Styker takes a hard look at this myth and argues there are less pure motives at work influencing the content that becomes powerful online.

Cole Stryker is the author of Hacking the Future and Epic Win for Anonymous.

In the wake of Hurricane Sandy, BuzzFeed FWD published a piece by John Herrman entitled, “Twitter is a Truth Machine.” The piece shed light on a series of rumors that developed on Twitter. Several big media outlets had published them as authentic; subsequently other Twitter users quickly proved the tweets’ falsehood and outed the man behind them. Herrman summed up the supposed lesson: “Twitter’s capacity to spread false information is more than cancelled out by its savage self-correction.”

Not an hour later, fellow BuzzFeed contributor Jack Stuef outed one rumor-monger, dubbed “Hurricane Sandy’s Worst Twitter Villain,” who composed convincing on-the-ground dispatches that made it all the way to TV. Yes, the Internet was able to self-correct, catching this particular liar, but can we be generally confident in the Internet’s ability to promote content with true merit and discard the junk?

Last spring Gawker Media poached Neetzan Zimmerman from the Cheezburger Network to do for them what he’d been doing for years at The Daily What, a popular Tumblr blog that covers mostly offbeat, glurgy Internet news with occasional politically-minded commentary. He finds what’s viral before it reaches critical mass, adds a brief explanation, and generates hundreds of thousands of pageviews every day in the process.

Last June Zimmerman put forth his thesis for Web virality. Called, “This Is How You Make Something Go Viral: An Impractical Guide,” the essay concluded thusly:

So do stories that are not being shared even matter? The answer, undoubtedly, is no. How could they, when they are seemingly invisible? This isn’t a comment on their bona fide merit, but if the purpose of the Internet is to engender exchange, then anything not being shared must therefore, in this context, be worthless… In the end, the Internet will always tell you what you need to know because it is a digital extension of the world writ large, and out there, as in here, the greatest story will always be retold.

The content industry embraces User Generated Content more fiercely each year, with meticulous attention to comment threading structures and UGC posts. BuzzFeed writers no longer have to ask their readers to “Tell us in the comments!” because they can just write their own posts. This on the heels of claims by techno-utopian soothsayers that we live in an age of democratic disruption, where platforms like Kickstarter, Etsy, and Behance and Bandcamp allow everyday people the opportunity to bypass traditional channels of commerce, with all their institutional prejudices, spatial inaccessibility and administrative inefficiencies, finally activating the latent power of the crowd.

It makes sense to rely on the crowd when you’re covering memes, because there’s always some random geek out there who will dig up an obscure viral trend in-the-making faster than a blogger paid to do the same. When perusing Zimmerman’s Gawker stories, one notices how often he sources Reddit, the content aggregator du jour. So often, that one might wonder why his followers don’t just hang out on Reddit and get their news one step sooner.

Zimmerman provides a valuable service to his readers. He expertly condenses the cool-to-know (and occasional need-to-know) ephemera from the Web into an approachable digest. He catalogs memes, viral videos, GIFS; things that make you say, “Neat,” and briefly explains why they’re worthy of your consideration. It’s a way for busy NORPs (Normal Ordinary Regular People, as opposed to Internet addicts) to stay up on water cooler chit-chat. Following Zimmerman lies somewhere between hanging out on Reddit for hours and sandwiching your day with Ellen and Tosh.0.

Reddit has arguably pulled off content aggregation better than anyone else, including its forebears Fark, Digg, Slashdot, MetaFilter, and others. Reddit isn’t just another aggregator—it’s THE aggregator. If you want to see what the Internet is talking about, you’ll most likely find it on Reddit before anyone else. Content bubbles up from below in a Darwinian meme pool, and in theory, the most compelling content wins. Reddit intends to embody Zimmerman’s vision of the crowd as virtuous invisible hand.

Fast forward to a few weeks ago, when another Gawker writer, Adrian Chen, unmasked one of Reddit’s most notorious trolls, Michael Brutsch (a.k.a. ViolentAcrez), who had achieved status as a power user by moderating r/creepshots and r/jailbait, two forums dedicated to sharing pics of women, sometimes underage, often  unawares. His coverage launched a thousand think pieces, generating discussion about the mythic “right to anonymity,” free speech, and the male gaze, among other abstracts.

When Brutsch was unmasked, an unsettling number of his peers rushed to defend him, going so far as to initiate a widespread ban (enacted by volunteer mods) of Gawker content on the bogus accusation that Chen had “doxed” Brutsch (revealing someone’s name doth not a dox make). This childish censorship play has undermined Reddit as democratic content parade where the best ideas win, and proven the community to be largely deserving of Chen’s criticism.

The coverage revealed a schism in Gawker’s editorial philosophy—and no, I’m not referring to the obvious deep hypocrisy of a site that makes money peddling titillating (and underage) paparazzi images (nip slips, upskirts, sex tapes, oh my) condemning the same behavior when it’s conducted by desperately geeky outsiders.

Chen’s story would lead you to believe that man, the crowd is a fucking dickhead—a stark contrast to Zimmerman’s manifesto, which suddenly seems idealistic. Sometimes the Internet doesn’t tell you, and will actually actively attempt to suppress, what you need to know.

The CNN interview with Michael Brutsch gave credence to the notion that redditors are a bunch of foreveralone neckbeards. And yet, he was a god among his peers. Why? Because the meritocratic nature of the social Web rewards ideas? No, because this guy had free time. Lots of it.

In order to be a power user on any of these sites, you have to pour your life into your persona. This implies Brutsch possessed enough real world economic privilege to spend all day on Reddit. His cushy white collar programming job, for one, facilitated such an investment in the community. Leisure time, often a product of prosperity, allows users to move up the ranks, build relationships, and even develop digital fiefdoms within communities. Just as the big-city socialite is able to score a great job because he’s part of a lakeside social club, influencers on the Web are able to exploit the follow-for-follow mutual admiration that exists on social networks, gradually solidifying their power until they’re as entrenched as tiny mafia dons. Another factor is basic access. The ideal of Web meritocracy assumes a level playing field, ignoring that the most marginalized voices can’t even get into the stadium. I’m not saying all Redditors are cigar puffing fatcats, but you’re not gonna see a struggling single mom from Detroit, let alone the Dominican Republic, become a Reddit power user.

One must also consider the path that a piece of content takes to achieve virality. By the time it achieves critical mass, it has likely benefited from signal boosts courtesy of monetized editorial outlets like BuzzFeed, the Huffington Post or Mashable, all of which are headquartered in New York City. Content often must appeal in aesthetic or ideology to this narrow subset in order to succeed. The gatekeepers didn’t go away, they just became tastemakers.

Furthermore, it is easier than ever to “buy” popularity on the Web. Facebook Likes, Twitter followers, and more recently, even Instagram Likes. A multi-million dollar industry has formed over the last five years to help brands juice their YouTube views with paid placements, allowing ad agencies to beef up viewership when their content isn’t meeting expectations with organic views. Advertisers can pay to make you watch paint dry. And why shouldn’t they, they’ve been buying your attention for nearly a century.

Sometimes the greatest story isn’t always told. Sometimes it’s the story backed by the fattest media budget, the story that panders to the political inclinations of hip urban influencers, or the story that protects the interests of the powerful. Minority voices are marginalized and squelched more often than they are celebrated. Techno-utopians cite case studies such as the Arab Spring protests to demonstrate how the social Web facilitates democracy, but fail to recognize that 40 percent of Egyptians live below the poverty level, and a good many above that delineation don’t have Internet access, let alone iPhones from which to tweet revolutionary rhetoric. During last year’s Tahrir Square protests, there were no more than a few hundred people tweeting. And this is our shining example of an alleged social media revolution?

Let’s all just calm down.

John Herrman’s vision of Twitter as a truth machine that will eventually spit out truth after it’s chewed on the info for a while assumes that we’re all looking for truth. It ignores our human tendency to seek out information that supports our preconceived notions about the world–information that demonizes our enemies and calms our fears. It assumes we care more about information’s truth than its utility.