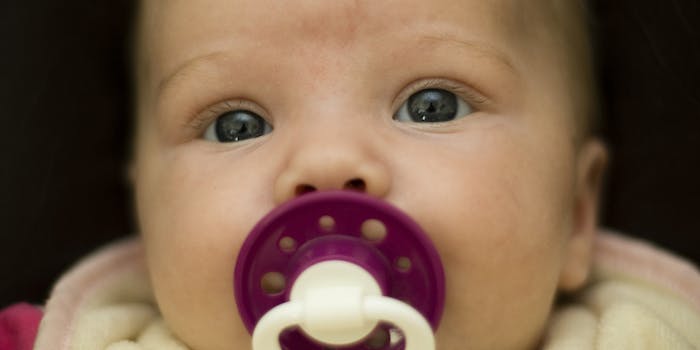 Nametrix keeps you from giving your kid a ‘stripper’ name

Its slogan: "Babies Need Names, But Maybe Not Stripper Names."

Unless you name your kids after yourself and you’re a former professional boxer-cum-home-cookware entrepreneur, naming a baby is hard, so first-time parents often consult a wide range of references before settling on a final choice. One of these references is the baby-naming app Nametrix, which has a rather interesting feature. In addition to telling you the origins of baby names and their popularity in various states, Nametrix will calculate the “P-Star Quotient” of a given name, or how much of a “stripper” name it is.

According to a Nametrix blog post, the app calculates the P-Star Quotient of your bundle of joy’s prospective moniker based on ratios of actors in adult films versus non-adult films. Here’s a list of the names that are “disproportionately common” among adult performers, categorized by gender:

Putting aside for a moment that being a “P-star” and a “stripper” are two very different careers, Nametrix’s P-Star quotient calculator is questionable, to say the least. (It’s also probably worth noting that lots of the female names on the list are popular among women of color.) After all, sex work is a form of labor like any other, and having a list of no-no “stripper” or “porn star names” for parents to avoid is like having a similar list of common “plumber” or “tax attorney” names. For the record: these names would be Phil and Melissa, and Clifford and Susan, respectively.

To be fair, Nametrix does include a feature that tells you which names are “disproportionately common” in various professions. Trey, for instance, is common for guitarists, while Margot is common among librarians, both of which sound about right.

Well, guess what, Nametrix? Strippers can have “librarian” and “guitarist” names like Margot and Trey and still be strippers, and babies can have “stripper” names like Lexus and Rihanna without running up on stage and shaking their ta-tas everywhere. So cool it with the generalizations about an entire profession.