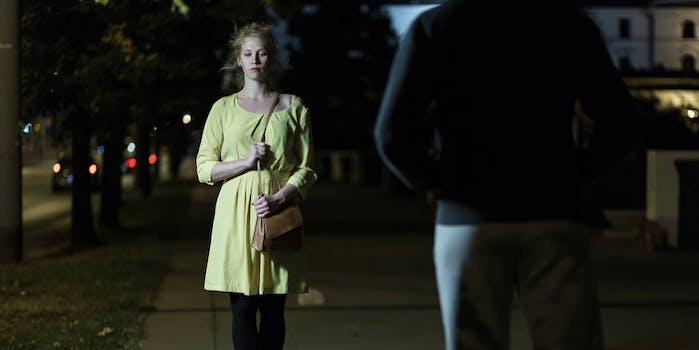 Street harassment is now a hate crime in this U.K. county

Nottinghamshire may soon see an influx of women thanks to its new police policy.

Police in the U.K. county announced earlier this week that they will recognize misogyny has a hate crime. “What women face, often on a daily basis, is absolutely unacceptable and can be extremely distressing. Nottinghamshire Police is committed to taking misogynistic hate crime seriously and encourages anyone who is affected by it to contact us without hesitation,” said Chief Constable Sue Fish in a statement.

Some examples of incidents include street harassment and physical assault, but also “use of mobile phones to send unwanted or uninvited messages,” and taking photographs without consent.

Of course, some people were unhappy with the announcement, suggesting that these behaviors are not that big of a deal.

“@BBCRadio2: Nottinghamshire Police has expanded its definition of hate crime to include wolf whistling – come on, man up ladies!

In response, the police department issued a second release yesterday, reiterating that “claiming we are focusing on wolf-whistling and catcalling does nothing more than trivialise our intentions. We want to encourage women to feel that they can report incidents where they have been made to feel intimidated or frightened by this unacceptable unwanted behaviour.”

In other Nottinghamshire news, the county just got a food truck that serves alcoholic ice cream. So it might be paradise.